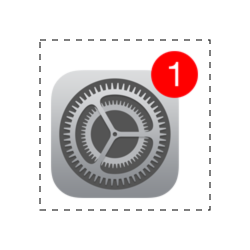 Apple has been listening to Sophos Naked Security!

We’ve been saying for some time – in articles and in podcasts – that Apple would do well to become both regular and frequent with its updates.

Regular means having some algorithmic predictability for non-emergency updates, such as “always on Tuesday.”

And frequent, in our book, means monthly or thereabouts.

Microsoft famously does updates every month; Firefox updates every six weeks, which, coincidentally but happily for fans of Douglas Adams, is a 42 day cycle.

We’ll suggest six weeks as a minimum frequency, and Tuesdays as a regularity beacon, simply because people are used to Patch Tuesday.

Anyway, Apple seems to be getting somewhere towards half way there.

You still can’t tell when you’re going to get your next update, but serious security fixes do seem to be coming more frequently these days.

Like the latest round of patches, published on 22 April 2014 (a Tuesday, as it happens) for Apple OS X, Apple iOS and Apple TV.

Dont shoot the messenger, but Snow Leopard (10.6) gets nothing, and is once again at least unofficially unsupported.

But at least some of the updates – for example, updates to third party open source components such as Ruby – look as though they aren’t tied to specific OS X versions. Interestingly, the OS X Security Update also includes Safari 7.0.3, already delivered as an update of its own at the start of April 2014.

So if you skipped that Safari update, which wouldn’t have been wise given the number of remote code execution holes that were fixed (26 in all), you’ll catch up now.

The fixes in Safari 7.0.3 include patches for the remote code execution holes at the recent PWN2OWN competition in Vancouver, Canada.

Those fixes are now now also available to iOS and Apple TV users, with a big update to WebKit, the web rendering engine used in all of Apple’s browser versions, desktop and mobile.

Sadly, some of the security holes fixed in this round of updates have been present since last year, and probably should have been patched long ago, during previous updates.

The scripting language Ruby, for example, patched on OS X in this update, leaps forward from the June 2013 release to the February 2014 version.

The Ruby update closes a remote code execution hole, CVE-2013-4164, that was patched in Ruby itself back in November last year.

Why then, you have to wonder, was the Ruby patch made to wait so long?

Similarly, why was a critical bug in the sudo command ignored for at least six months by Apple in 2013, even though the bug made it possible for just about any user or process already on the system to grant itself root privileges at will?

Clearly, a regular and frequent update regimen alone wouldn’t solve this problem of laggy Apple patches, but it would provide a clear set of deadlines and target dates for Apple’s security team.

You have to think, “That would surely do no harm.”

By the way, we recommend applying this round of updates sooner, rather than later. The patches fix multiple holes on all platforms, including some attacks that can be combined dangerously, such as bypassing Address Space Layout Randomisation (ASLR), escaping from sandbox protection, getting control of the browser with booby-trapped JPEG (image) files, and grabbing almighty system power from an otherwise unprivileged process.

…is about as patchworthy as it gets!