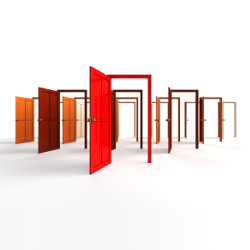 Over the Christmas break at the end of 2013, French hacker Eloi Vanderbeken decided to see if he could break into his own Netgear router.

He wanted to tweak some of the performance settings, but realised he’d forgotten the password, and hacking his way in seemed more fun that doing a hardware reset and starting from scratch.

Turns out there was a service listening on port 32764 (mercifully only on the internal interface by default, not on the internet side!) that could be instructed, without authentication, to dump the router’s configution.

All he had to do was to send the text ScMM (short for SerComm, the original equipment manufacturer), followed by a command number (1 to dump the configuration), followed by the number zero (meaning “I have no further data to send”). Even if a backdoor like this is only accessible to users who are already on your network, it’s still a giant security hole.

It means, for example, that any duplicitous guests to whom you grant internet access can surreptitiously get into your router and mess with the settings, including opening up the backdoor on the internet interface so they can get back in later.

The vendor therefore came out with a patch, closing the listening port and with it the backdoor.

That got Mr Vanderbreken thinking, “How serious was the patch?”

Another long story short, Vanderbeken found that the backdoor was still there [PDF], just turned off by default.

He discovered that you could re-renable it by sending the router a so-called “magic ethernet packet.”

→ If you’ve ever used a feature called Wake-on-LAN, you’ve used a “magic packet”: it’s an ethernet frame that acts as a signal, rather than carrying data, telling a network card to power up the computer in which it’s installed. Wake-on-LAN can be very handy. You can leave your computers turned off at night to save power, and rely on the network card alone to let you activate the computer remotely if required, for example to install security updates.

Greatly simplified, Ethernet frames start with the six-byte MAC address (network card ID) of the destination device; the MAC address of the source device; and a two-byte type EtherType identifier.

Sercomm routers, or at least Vanderbeken’s Sercomm router, also look out for 8888 “magic packets”, which act as another backdoor.

Vanderbeken found that if he sent his router an 8888-type packet containing the number 0x0201 (effectively a command identifier) and the MD5 checksum of the string DGN1000, corresponding to his router’s model number, then…

…the original backdoor listening on port 32764 was reactivated!

Just in case you don’t know if there are any vulnerable routers on the current LAN segment, Vanderbeken also found that sending a broadcast 8888 packet with command number 0x0200 would provoke the router to reply, allowing a would-be attacker on a LAN to find out automatically if there are any exploitable routers in range.

Short of decompiling your router’s firmware, like Vanderbeken did, it’s hard to tell whether your vendor has left behind a security hole of this sort.

Even if you think your router has this very same “magic packet” hole, you can never be sure exactly what model identifier string is used in the firmware to generate the MD5 checksum used to validate the magic packets.

So we’ll simply repeat the advice we gave last time.

If you’re technically inclined, or have a friend or family member who is and can help you, you might want to see if your router can run an open source firmware such as OpenWRT or DD-WRT.