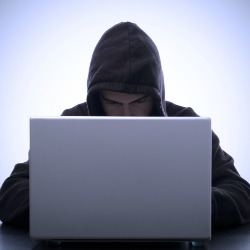 A gang of at least 87 Filipino sexual blackmailers, some of them allegedly connected to the suicide of 17-year-old Daniel Perry, was busted last week.

Police are still hunting them all down, with more arrests likely to follow as they trace the ties between leaders and those they supervised.

Philippine police haven’t disclosed the identities or nationalities of all those arrested, given that the investigation is ongoing and some of the syndicate members are still on the run.

And the three men allegedly behind the blackmail of Perry – whose suicide led to the discovery of the crime ring – have, in fact, been identified.

A police official told the Inquirer that the three were Filipinos, in their 20s, who used a shared Facebook account to extort money from the Scottish teenager.

The official, Senior Supt. Bernard Yang, is with the Philippine National Police Anti-Cybercrime Group (PNP-ACG), which led the raids in Laguna and Taguig.

Perry, from Dunfermline, Fife, in Scotland, killed himself by jumping off a bridge on 15 July 2013.

It was believed that he, like many victims of sexual cyber extortion, had been taken in by a bogus profile.

In Perry’s case, it was purportedly of a girl who was around his own age and whom he met on ask.fm.

Then, the threats would start. The extortionists demanded between $500 (about £300) and $2,000 (about £1,800) from their victims in exchange for not exposing the images publicly.

According to the BBC, on the day he died, Perry received a message threatening to send the explicit images or video to his friends and family unless he paid money into an account.

The extortionists told him he’d be better off dead if he refused to pay.

Perry replied, begging them not to expose the images, saying he had no money.

Perry killed himself less than an hour after replying.

A multinational operation, codenamed “Strike Back”, followed his death and lead to the raids last week on 30 April.

Strike Back included the PNP, Interpol, the US Department of Homeland Security, and police from the UK, Scotland, Hong Kong and Singapore.

The operation included tracking IP addresses and monitoring social media to trace the racket back to where the syndicate members worked.

The typical modus operandi involves a blackmailer concocting a fake profile – Justin Bieber has apparently proved to be regrettably alluring – and contacting victims on a site such as Facebook.

They then gain their targets’ trust, siphon off intimate details and often images, and then threaten to share it all unless the victim provides either money or more sexually explicit pictures or videos.

Last year, following the arrest of a 27-year-old man who allegedly coerced hundreds of women into stripping in front of their webcams, the FBI gave out this advice to help fend off these loathsome predators:

Daniel Perry’s mother has, in fact, beseeched victims to do just that: don’t let the extortionists frighten you. Tell authorities, or tell your parents, but by all means, don’t let your tormentors succeed in terrorizing you.

She was quoted by the Dunfermline Press soon after Daniel’s death:

We're a very close family and I just wished he had come to me and said something.

Even if he came to me and said he needed money we'd have helped him. But we knew nothing about any of it.