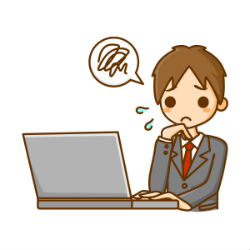 The toy generates spy-baiting tweets by drawing from a list of watchwords that the Department of Homeland Security (DHS) uses to monitor social media.

That’s serious stuff, but the tweets can be pretty cheeky. One example:

But the site more recently pointed to a new study that shows that the rest of us aren’t all that comfortable baiting the US’s prickly surveillance apparatus.

The researchers, from MIT and Digital 4th – a coalition “dedicated to bringing Fourth Amendment protections into the 21st century” – used Google Trends to study the use of sensitive search terms before and after 6 June 2013, when Edward Snowden first began to expose the extent of NSA surveillance.

The researchers wanted to see if users’ search behavior might have shifted as people became aware of, and wary of, the US government’s monitoring of searches.

The researchers checked out 282 search terms across eleven countries and found that the prevalence of terms that people think might get them in trouble with the government shrank not only in the US but in other countries as well.

Both abroad and in the US, searches on terms that might catch the government’s eye shrank, but cross-nationally, the researchers also found a drop-off in searches for terms rated as personally sensitive.

One source was a list of terms derived from a DHS document that the agency revealed in 2012 in response to a Freedom of Information Act (FOIA) request from the Electronic Privacy and Information Center (EPIC).

The document was recently re-FOIAed by MuckRock.

It describes a program that monitors online forums, blogs, public websites, and message boards for the words in question, in order to disseminate information to “federal, state, local, and foreign government and private sector partners.”

Beyond the DHS’s list of watchwords, the researchers also came up with a list of terms that don’t implicate homeland security but which a crowd-sourced group deemed potentially embarrassing or sensitive, such as “herpes”, “eating disorder”, “erectile dysfunction” or even “honey boo boo”.

The researchers, MIT economist Catherine Tucker and digital privacy advocate Alex Marthews, asked nearly 6,000 people to rate the sensitivity of these keywords, based on whether the word would “get them into trouble” or “embarrass” them with their family, their close friends, or with the US government.

The researchers weren’t sure they’d see any effect on users’ search behavior at all, given that “there is skepticism that the surveillance revelations were capable of affecting search traffic at such a macro level in the countries concerned.”

They did, however, find an effect. Post-Snowden, they detected a 2.2% decrease in search traffic for terms that were rated as likely to get you in trouble with the US government.

On the other hand, the researchers saw growth in the use of search terms that were judged to be safer when it comes to getting people in trouble with the US. (Saudi Arabia and Korea were the exceptions to this rule: traffic on high-trouble terms remained constant, while low-trouble terms traffic fell in Saudi Arabia and grew in Korea.)

The researchers stressed that given the aggregate level of the data, they can’t necessarily conclude that the changes in search behavior were attributable to the surveillance revelations.

Nonetheless, the researchers are convinced that there’s been a “chilling effect” on online inquiry.

This study is the first to provide substantial empirical documentation of a chilling effect, both domestically in the shorter term and internationally in the longer term, that appears to be related to increased awareness of government surveillance online. Furthermore, this chilling effect appears in countries other than the US to apply to search behavior that is not strictly related to the government but instead forms part of the private domain.

Marthews and Tucker interpret their findings about Google users’ evolving browser behavior as having policy implications on international commerce – at the very least, it could cause people to turn away from US search engines, they write.

At the more dire end of the spectrum, it could potentially hinder the sale of Android devices, they suggest.

The study’s well worth a read, as is Motherboard’s coverage of it, which delves into some of the chilling effects that the surveillance revelations have had on information-intensive workers such as librarians and writers.

In fact, as Motherboard reports, a study published by PEN America in January shows that a survey of 528 writers found that post-Snowden, writers are more frightened of government surveillance than the general populace, to the point that they’re actually turning down book deals and speaking opportunities when it comes to topics such as military affairs, the Middle East and North Africa, mass incarceration, drug policies, pornography, the study of some languages, and criticism of the US government.

Another 16% won’t conduct searches on subjects that may be “controversial” or “suspicious”.

This level of self-censorship is striking.

What about you? Has your search behavior changed post-Snowden?

I say fie to this sorry state of affairs. I say, let’s keep the absurd tweets flying. Here’s a closing one from Motherboard’s Hello, NSA, which is now officially my favorite toy:

Pick up some Trojans if you drop by Target tonight. If I get one more denial of service, I'm going to burst