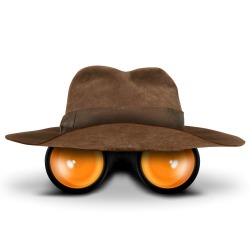 The US House Judiciary Committee unanimously voted on Wednesday to rein in the National Security Agency (NSA) and end bulk data collection.

In October 2013, Representative Jim Sensenbrenner, a Wisconsin Republican and the main author of the Patriot Act, introduced the USA Freedom Act to “unequivocally [end] bulk collection across all the FISA authorities and under National Security Letters.”

On Wednesday, the committee passed an amended version of that bill, clearing the way for it to go before the House and potentially the Senate.

A similar bill is already awaiting action in the Senate Judiciary Committee.

The USA Freedom Act would require the agency to get court approval to collect records on a case-by-case basis, as opposed to just scooping up everything.

In his opening statement, Sensenbrenner referred to the Patriot Act, saying that the committee was meeting “because the government has misapplied the law we passed.”

In fact, he said, the Foreign Intelligence Surveillance Act (FISA) court has twisted itself into legal contortions in order to misapply the Patriot Act and collect massive amounts of phone call metadata.

In a feat of legal gymnastics, the Administration convinced the FISA court that, because some records in the universe of every phone call Americans make are relevant to counterterrorism, the entire universe of those calls must be relevant. The decision opened the floodgates to a practice of bulk collection that was never before possible - let alone legal - in our country’s history.

The Freedom Act codifies a plan to end bulk phone record collection that the Obama administration has already proposed.

Under the act, for national security purposes only, the government can access call records when it has a “reasonable articulable suspicion” that the records are associated with a foreign power or an agent of a foreign power.

The bill also prohibits the government from intentionally targeting Americans under FISA Section 702 and codifies procedures to minimize the retention and dissemination of nonpublic information about US persons.

In the past few weeks, two House committees – Judiciary and Intelligence – raced to get competing versions of a spy-reform bill onto the House floor.

The Judiciary bill that passed on Wednesday was watered down in the amendments process.

In fact, as the National Journal reports, the Freedom Act amendments have led privacy blogger Marcy Wheeler to re-christen it the “Freedumb Act.”

Some of the problems with the amended bill: for one thing, in emergency cases, it still allows for collection of records without a judge’s order. Also, allowing collection of phone call records up to two hops away from a target could still potentially allow for collection of millions of people’s records.

In spite of these shortcomings, the American Civil Liberties Union (ACLU) and the Electronic Frontier Foundation (EFF) praised the Judiciary Committee for passing the bill.

They did, however, call for it to be strengthened.

The EFF called for a privacy advocate requirement, for one thing:

The legislation has a provision that allows the FISA court to assign amici, meaning non-parties can brief issues before the court. But the court has already determined that it has the authority to do this. In fact, EFF filed a brief with the court just this year on an evidence preservation issue.

The bill must go further and introduce a special privacy advocate who can review, challenge, and appeal orders in the highly secretive FISA Court orders.

In addition, the EFF pointed out that the Freedom Act fails to address the collection authority under Section 702 of the FISA Amendments Act, which has a “backdoor loophole” that allows the NSA to search data to find communications of a United States person.

Section 702 authorities need to be sharply limited to ensure that collection is only possible for communications to and from a designated target, not merely those who mention a target in a communication. The scope of Section 702 should be limited by requiring a description of who, what, and where the NSA is targeting.

These shortcomings notwithstanding, the new version of the Freedom Act is a whole lot better than nothing, the EFF said, as it commended the committee for moving the spy-reform conversation forward.

The EFF urged Congress to support the bill and strengthen it further, be it through amendments or other legislation.

From an email he sent to Network World:

This historic vote by the House Judiciary Committee to ban the government's bulk collection of any records - telephone records, internet records, financial records, or any others - is a milestone in the push to rein in the NSA's surveillance authority.