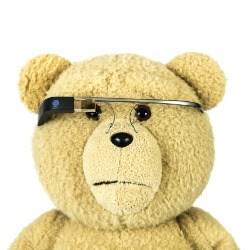 Google’s now prepared to gadgetize the domes of those US persons who haven’t yet signed up to “Explore” the world with Glass and thereby potentially really, really annoy the privacy-conscious.

The purveyor of the creepy streaming-video spectacles announced on Tuesday that anybody whose pockets are being burned with a surplus $1,500 can now get the head huggers.

In the new open beta, Google’s still improving its hardware and software, it said, but starting on Tuesday, anyone in the US can buy the Glass Explorer Edition, “as long as we have it on hand”.

Props to Ars Technica for the question to which this logically points:

Is this a clearance sale?

If it is a clearance sale, Google needs to learn a bit about discounts.

At any rate, now-infamous Explorers have already brought back experiences that one would desperately hope Google takes to heart.

The two most notorious:

1. Nick Starr, who went into a Seattle eatery wearing Google Glass and was promptly told where to stick his spectacles.

The local 24-hour diner, much to its credit, insisted that he take off the internet-enabled device for the sake of its patrons and, well, because it was perfectly in its rights to do so, given that it’s not a public place.

Starr, in fact, went on a Facebook rant to urge that the staff member who told him where to go should be sacked, thus making himself a poster boy for the term Glasshole – one who likely served no small role in prompting Google to publish its guide on how to not be one.

2. Sarah Slocum, a social media consultant who claimed she was attacked in a San Francisco bar by people enraged by her face contraption, which they snatched off her.

She claimed not to have been filming anybody, but oddly enough, she captured footage of the Glass grab.

In fact, video captured from her Glass shows that, before they were ripped from her face, people were shielding themselves from being videotaped.

What is Google going to learn from those Explorer experiences? What should it learn?

I like one reader’s suggestion to improve Glass: a very visible cover that makes it easy to tell if someone is not taking pictures.

And here’s where Google’s debunking machinery grinds into gear.

The company would have us believe that there’s a myth that says Glass is always on and recording everything.

But like I said when rebunking Google’s Glass myth debunking, it doesn’t matter whether it’s on for its max of 10 seconds, or heck, even 1 second.

That’s plenty of time for creeps to take images and video without subjects’ permission. Besides, researchers have shown that the green recording light can be tinkered with and turned off, so it really isn’t particularly easy to be 100% sure your image isn’t being Glassed.

Or here’s another idea from that same reader: how about a camera-free version of Glass? It’s certainly conceivable that there are people who would benefit from internet connectivity in a hands-free device but don’t need the image-grabbing aspect.

There you go Google – two freebie ideas for you!