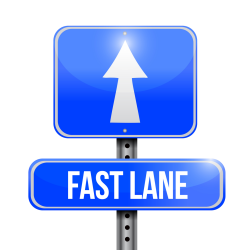 Last week, the US Federal Communications Commission (FCC) came out with new proposals that could leave the door open for internet service providers to give preferential treatment to some traffic, in what has been called a “fast lane” for the internet.

The main objection to the fast lane is that it would lead to slower connections for those who don’t pay for it, giving an unfair advantage to those who pay for better, faster service.

FCC Chairman Tom Wheeler, on the other hand, proposes that an internet fast lane could be achieved without harming the baseline speeds of other, non-premium traffic.

And therein lies the crux of the debate.

To be clear, the FCC’s 15 May proposal is not a final decision on a fast lane or any other aspect of net neutrality, but is instead what the FCC somewhat cryptically calls a Notice of Proposed Rulemaking (NPRM).

The FCC’s final ruling won’t be for a long time yet – it will come after the extended public comment period closes on 10 September 2014.

In this period, we can expect the debate over a fast lane for content providers who are willing to pay for it to get even more heated.

Another key piece of the FCC’s NPRM is whether broadband should be classified as a public utility, like electricity and phone service, which would make it subject to greater government regulation.

ISPs including Verizon, Comcast, and AT&T have spent millions of dollars lobbying the FCC in recent years to prevent that from happening.

On net neutrality, however, Milch said Verizon supports it:

So why are there so many people worried that this FCC proposal spells the end of the open internet?

In essence, the battle for net neutrality comes down to who has legal authority over the internet, and whether ISPs can do, well, whatever they want. Despite protestations from Verizon and Comcast that they are not interested in a fast lane, these companies are fighting for their right to have one.

The reason we are even talking about these arcane FCC rules is that the FCC’s last attempt at regulating ISPs was struck down by the US Circuit Court of Appeals in Verizon v. FCC.

Under the Telecommunications Act of 1996, the court ruled, the FCC must allow paid prioritization.

Therefore, legal experts argue that keeping net neutrality in place, and enforceable, would require making broadband a public utility under Title II of the Communications Act.

According to Comcast’s Cohen, his company is committed to an open internet, but that paid prioritization is not covered by the current rules and, therefore, he does not believe it’s “illegal.”

All this has internet companies quite nervous.

The Internet Association, a lobbying group whose members include Google, Facebook, Netflix, and many others, said they are opposed to any discrimination in web traffic.

And that means nothing should be off the table, the association said, which presumably includes regulating the internet as a utility.

In the debate about keeping the internet open there has been too much rhetoric surrounding the FCC’s legal tools. Protecting an open internet, free from discriminatory or anticompetitive actions by broadband gatekeepers should be the cornerstone of Net Neutrality policy.

The Internet Association will advocate for the FCC to use its full legal authority to enforce rules that lead to an open internet - nothing should be taken off the table as this discussion evolves.

Meanwhile, in this battle between the ISPs and the big internet companies, consumers seem to hold far less sway.

“The only parties cheering this idea on will be the largest ISPs that stand to profit from discrimination,” Free Press said in April.

The fact is, net neutrality is on life support until these legal issues are hashed out.