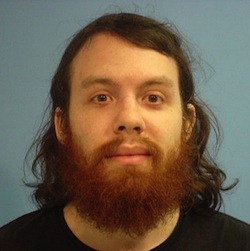 Weev has applied his trolling talents to shaking down the US government – or, in Weev-ese, “YOU LYING SUBHUMAN GARBAGE” – for restitution.

Weev, also known as Andrew Auernheimer, was recently released from prison, where he was serving a sentence of 41 months after being found guilty in 2013 of violating the Computer Fraud and Abuse Act (CFAA).

The restitution he’s after is 28,296 bitcoins, he wrote in a letter posted on Tuesday.

That’s equivalent to about £8.23 million, or $13.9 million, but he most definitely doesn’t want it in US dollars, he writes:

I do not accept United States dollars, as it is the preferred currency of criminal organizations such as the FBI, DOJ, ATF, and Federal Reserve and I do not assist criminal racketeering enterprises.

The open letter – or, really, the invoice – was addressed to members of the New Jersey District Court, where his case was tried, the Federal Bureau of Investigations (FBI), and the US Department of Justice (DOJ).

Weev describes his arrest as “kidnapping” and the letters’ addressees as “liars and seditionists” – charges that, he writes, are substantiated by the opinion of the appeals court that overturned his conviction.

His invoiced amount covers one bitcoin per hour – his “current market-determined hourly rate” (he doesn’t specify what he does for that rate).

The funds would cover the 1,179 days during which Weev was arrested, taken from his home, and incarcerated for what prosecutors said was the crime of writing a script to slurp email addresses of some 114,000 iPad users from AT&T’s publicly accessible website.

He says the bitcoins will go toward “a series of memorial groves for the greatest patriots of our generation,” whom he names as American truck bomber Timothy McVeigh; Andrew Stack (presumably the Andrew Joseph Stack III who committed suicide and killed an Internal Revenue Service worker by crashing his plane into an IRS field office); and Marvin Heemeyer, who modified a bulldozer with steel and concrete armor, took it on a rampage in 2004, destroyed city buildings, and then killed himself.

I can assure you that violence was used against me, and the Third Circuit Court of Appeals has already verified that the case against me undermined the Constitution.

Some are saying that in Weev, the government created a martyr, using a murky law to prosecute somebody who did the e-equivalent of walk down a public street and write down street addresses.

But a rallying cry that lionizes those who murder innocent people certainly isn’t going to get the general public on his side.

But Weev will be Weev.

We can now just hope that minds with less tendency to shock and bait others can take up the cause of true, productive legislative reform, and leave the references to Timothy McVeigh et al. out of it.