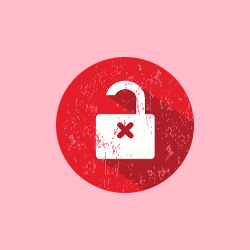 60 days after the disclosure of the vulnerability and fix for OpenSSL known as Heartbleed was announced the OpenSSL Project announced today 6 more vulnerabilities in the widely deployed cryptographic library.

The vulnerabilities include denial of service, information disclosure and potential remote code execution.

For a refresher on vulnerability jargon, why not listen to this short podcast that helps you understand a DoS from an RCE.

The description of CVE-2014-0195 is as follows: “A buffer overrun attack can be triggered by sending invalid DTLS fragments to an OpenSSL DTLS client or server. This is potentially exploitable to run arbitrary code on a vulnerable client or server.”

The bad news is that it can result in remote code execution, but I suppose that the good news is that DTLS isn’t widely deployed.

DTLS is a reasonably new extension allowing for the encryption of UDP packets. It is used by some VPN and VOIP solutions, but has limited deployment.

The cause of all the ruckus this time around is CVE-2014-0224. No, it didn’t come with a name or a logo this time, but it is still worthy of some attention.

All versions of OpenSSL acting as a client were vulnerable. The flaw goes back to the origin of the code in 1998. Only versions 1.0.1 and higher of the server are vulnerable.

As with the other flaw, this one comes with some good news and bad news.

The bad news is that almost all versions of OpenSSL are vulnerable and if exploited it can result in communications being disclosed to a man-in-the-middle attack.

The good news? Well it isn’t exactly good, but the flaw relies on both the client and the server running vulnerable versions of OpenSSL and the server version being 1.01 or higher to be exploited.

The most common use of SSL/TLS on the web is the web browser. None of the most popular browsers (Firefox, Chrome and Internet Explorer) use OpenSSL for their cryptographic functions leaving them unscathed.

The other sort of good news is that in order to perform a man-in-the-middle attack the aggressor needs to be between you and the server you are communicating with.

For most of us, this means we are most vulnerable when using unencrypted public WiFi. Simply another reason to always use a VPN or not trust open WiFi hotspots for important communications.

There are a whole lot of applications using OpenSSL as we learned from Heartbleed, so it is still a big deal. Many of them are particularly sensitive to privacy issues like the Tor project.

What can you do? Don’t panic and patch early and often. You will likely see updates for many of your programs on your computer and Android smartphones being updated over the next few weeks.

If you manage Linux and Unix servers or workstations, updates should already be available from your OS distribution, apply them now (and restart affected services).

Images of a unlocked padlock and good news/bad news sign courtesy of Shutterstock.com.