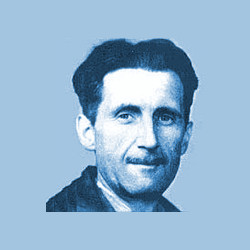 One of the most enjoyable aspects of working on Naked Security is reading and joining in with the discussions at the end of our articles. 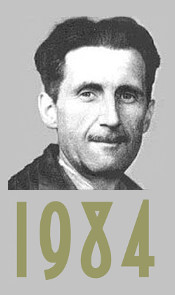 After a while you get a feel for how the conversations that follow different articles are likely to go.

The best technical Q&As tend to follow our Anatomy of… articles while just mentioning Anonymous can get our readers drawing lines in the sand.

Positive comments on articles concerning Facebook or Microsoft are as rare as unicorns and the conversations that follow Talking Angela articles are bizarre almost beyond description.

As you might expect we’ve had some good reasons to research and write about privacy and surveillance in the last year.

The closest thing to a nailed-on certainty in a discussion about Snowden or the NSA is that, almost regardless of what’s being reported, somebody is going to compare the situation to George Orwell’s 1984.

Orwell’s hugely popular work of fiction concerns a population dominated by a command and control government that’s intent on watching and manipulating its citizens’ every move.

You can see why it’s a popular point of reference.

Shared stories and narratives are powerful social tools that act like maps by rendering new territory into a familiar form. Like all the best stories, Orwell’s is emotive, easily understood and well known.

But no matter how good a map is it should never be mistaken for the territory it represents.

Unfortunately, as a map, George Orwell’s 1984 is not accurate and it isn’t helping to show us the way.

We’re so busy looking for Big Brother we’re ignoring the landscape as it really is.

For example, before we had concrete evidence of NSA spying most of us acted as if it didn’t happen (even if we’d heard the rumours about Echelon that had been doing the rounds for years).

But the NSA is not the only agency with the means, motive and opportunity to spy on us – they’re just the first one with a whistle blower in their IT department.

That doesn’t make what they’re doing any more palatable but it should change the way we respond to it.

That’s why in my article about Reset The Net I made the point that expanding the use of encryption is more important than changing the law – it protects you from all the agencies (or anyone else for that matter) trying to spy on you.

Governments, by and large, centralise power and do as much spying as they can get away with.

I’m not particularly happy about that situation but I do know that it didn’t start with Snowden.

What’s changing most rapidly, what really is new, isn’t the power wielded by governments, it’s the power in the hands of everyone else.

Surveillance technology is no longer the preserve of all-powerful state apparatus, it’s a commodity in the hands of many, many governments, organisations, collectives and individuals.

Perhaps the most striking example of the democratisation of surveillance are the events that followed the Boston Marathon bombings.

The number of mobile phone cameras in use at the scene meant that, thankfully, police had a vast cache of pictures and video footage of the event.

The amount of footage (and therefore the chances of the bombers having been caught on camera) was much greater than if the police had been reliant on a fixed, centralised CCTV infrastructure.

That kind of decentralised, blanket surveillance is unprecedented and entirely new.

The police weren’t the only ones making use of Little Brother’s eyes and ears though.

Conspiracy theorist and radio shock jock Alex Jones scoured the footage and used it to back up his claim that the bombings were a false flag exercise conducted by undercover navy SEALs – a claim syndicated to hundreds of radio stations and uploaded to a YouTube channel with almost a million subscribers.

I’ve argued elsewhere on Naked Security that data privacy is more important now than it’s ever been.

Things have changed dramatically in the last few years and we have a lot to discuss. We can do better than resorting to old clichés.

It’s been a year since Snowden lifted the lid on PRISM and everything that followed. We’ve spent a year focusing on Big Brother government surveillance while at the same time we uploaded ever more of our lives into the care of giant media corporations and pointed an ever-increasing battery of smaller and better cameras at each other.

There’s good and bad in our information revolution but the one thing it most assuredly is not is Orwell’s vision of the future.

So let’s mark the anniversary of Snowden’s first blow of the whistle by looking at the problems as they are and retiring our 1984 reflex.

Godwin’s law dealt with the inevitability of somebody invoking the Nazis during the course of a Usenet discussion. The law reads:

As a Usenet discussion grows longer, the probability of a comparison involving Nazis or Hitler approaches one

By common convention, the person who invokes the Nazis must retire in shame having ended the discussion and lost the debate.

That sounds just what we need.

So, with apologies to Mike Godwin:

As a discussion about surveillance grows longer, the probability of a comparison involving 1984 approaches one