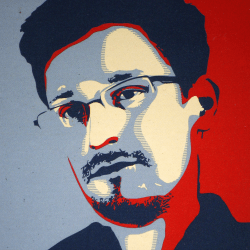 Edward Snowden now holds a permanent place in the pantheon of US national security leakers, alongside the likes of Daniel Ellsberg, Julian Assange, and Chelsea Manning.

A former contractor for the US National Security Agency (NSA), Snowden made headlines around the world when he leaked thousands of confidential files detailing secretive NSA spying programs.

Now that it’s been a year since the Snowden files emerged, after publication of a report in The Guardian blew the lid off the NSA’s bulk collection of Americans’ phone records, we thought we’d take a look back at what we’ve learned.

The codenames of the NSA’s vast data collection programs are now familiar to many – PRISM, Tempura, Upstream, XKeyscore.

The program called PRISM, explained in documents leaked by Snowden to The Guardian’s Glenn Greenwald in June 2013, collected data directly from the servers of the largest internet companies – including Google, Yahoo, Facebook and Microsoft.

The troves of data swept up by the NSA are so enormous – billions of phone calls, text messages, emails, chats and images every day – that the NSA can only store some of it for short periods of time.

XKeyscore is the NSA’s network of 500 servers across the globe used to store the data collected from the internet and telecommunications traffic of nearly everyone on the planet.

The NSA’s descriptions of XKeyscore say that it can “collect nearly everything a user does on the internet,” from web searches to video chats.

Other programs revealed by Snowden’s leaks include the NSA’s collaboration with other spy agencies, including the UK’s GCHQ, and others in France, Germany, Israel and Australia.

Most recently, we learned of the NSA’s facial recognition program that scans millions of images gathered from websites, emails, text messages and chats to match suspects against photo ID databases.

The NSA dragnet leaves nothing that travels over the internet untouched.

After The Guardian’s first report, more revelations poured out in the media in the following weeks.

There was a swift backlash against NSA spying, from people in grassroots organizations, to the biggest tech companies, with repercussions both political and diplomatic. In the US, President Obama tried to soothe things over with allies such as Germany’s Angela Merkel when it was revealed that the NSA had tapped phone conversations of world leaders.

In terms of domestic politics in the US, Obama has called for reforms in the way the NSA gathers data from Americans, and some of those reforms will keep US citizens from having their phone records and emails collected.

But efforts to curtail the NSA’s power to collect data under US law won’t be enough.

To ensure the privacy of communications that we take for granted as a part of our rights to freedom of speech and political association, we need to have more control over the way we use technology.

That means that we as individuals have to be more aware of how the services we use handle our data, and we need to have security that includes encryption for all our communications.

Companies like Google, Yahoo and Facebook have made steps towards more encryption for our messages on those services – but many others need to follow their lead.

This story would be far less complicated if the NSA leaker were anonymous – but Snowden’s fame has made his actions hard to separate from his personality.

Some people consider Snowden’s actions heroic – others call him a traitor.

Snowden’s face is now iconic – we see everywhere the photo of Snowden that first introduced us to the bespectacled young man who opened our eyes to the NSA’s secrets.

Given what we know now about the NSA, and the unfolding events of the past year, Snowden’s actions will have an impact for a long time to come.

As for Snowden himself, he is seeking to leave Russia and find asylum, perhaps in Brazil – but Brazil might not want him due to its own concerns about relations with the US.

5 comments on “What we learned from Edward Snowden”