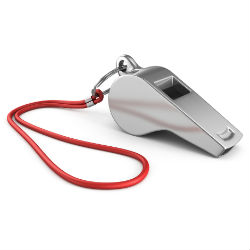 As followers of this summer-blockbuster-esque saga will recall, Dotcom’s Megaupload file-sharing empire was shut down in 2012, leaving him fighting extradition to the USA to face charges of racketeering, money laundering and copyright theft – charges with potential jail terms of 20 years.

Now, Dotcom’s offering mega-bucks to anybody who can help him prove his long-argued contention that Hollywood studios illegally set the US authorities on him, aided and abetted by the country’s close ally, New Zealand.

Dotcom tweeted that he has few options as he fights one of the biggest copyright infringement cases ever brought:

My case is unfair: I was declined discovery I didn’t get my own data back I need Whistleblowers I am offering USD $5M http://t.co/OhE7k3KlUL

My case is unfair:
I was declined discovery
I didn't get my own data back
I need Whistleblowers
I am offering USD $5M

In his tweet, Dotcom included a link to a Torrent Freak article about how the bounty will go to “anyone prepared to reveal behind-the-scenes wrongdoing and corruption.”

About a year ago, Dotcom was supposed to have gotten back some of his seized property. A judge also granted him the right to see all of the evidence against him before, rather than after, extradition.

In April, Hollywood came after him again, as six mammoth movie studios filed suit against what they say is the former file-sharing site’s mind-numbingly-massive copyright infringement.

Now, after several delays, a Supreme Court hearing on Doctom’s extradition is set to begin in Auckland on 7 July 2014.

And just as his assets were about to be released in New Zealand and Hong Kong, Hollywood sought to get Dotcom’s assets re-frozen.

Now, Dotcom is hoping to fight back by getting some dirt on his legal enemies.

Here’s what he says in the Torrent Freak article:

Let me be clear, we are asking for information that proves unlawful or corrupt conduct by the US government, the New Zealand government, spy agencies, law enforcement and Hollywood.

…and he suggests taking any such dirt to a newspaper that’s done quite a lot of dirt-handling in the past year, with all its Edward Snowden-fueled whistleblowing:

I have been in touch with the Guardian editor and he has kindly retweeted my offer and told me that he hopes that someone will reply to that offer.

…preferably by using a new whistleblower tool released by The Guardian last week.

Dotcom also recommends that whistleblowers take even more caution in covering their tracks by using the whistleblower tool on an internet cafe computer, using a memory stick, instead of doing it from work, from home, or via a personal computer or phone.

Then again, he says, you could just buy a disposable laptop or netbook and destroy it when you’re done.

I guess that disposable computers are a reasonable investment, really, for anybody who stands a chance of earning $5 million for helping out a famous, and infamous, alleged pirate.

Image of whistle courtesy of Shutterstock.