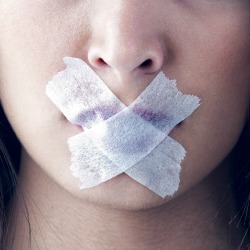 Around about minute 11:05 of comedian John Oliver’s viral, epic rant about net neutrality, he invites trolls to do what they do best: channel “that anger, that badly spelled bile”, at the Federal Communications Commission (FCC) site’s comments section:

Good evening, monsters. This may be the moment you’ve spent your whole lives training for. We need you to get out there and, for once in your lives, focus your indiscriminate rage in a useful direction. Seize your moment, my lovely trolls! Turn on caps lock, and fly, my pretties, fly! Fly!!

Within hours, trolls didn’t just fly – they, or somebody, virtually crushed the FCC’s comment section, rendering it incapable of any public comment at all, be it troll ranting or reasoned argument. What was all this hoo-ha about?

Net neutrality – the principle that all traffic on the internet should be treated by governments and service providers equally – has been in limbo since the FCC proposed that service providers might, in fact, discriminate by setting up a “fast lane” for some traffic.

The main objection to the fast lane is that it would create better, faster service for those willing/able to shell out the surcharge, leaving the rest of us proletariats stuck puttering along in the breakdown lane.

As of 3 June, the FCC’s Open Internet comment process, known as the Electronic Comment Filing System (ECFS), was experiencing a 10-fold increase in hourly load on the system compared with a typical day, an FCC official told Motherboard earlier this week.

For several hours, the attack disabled the ECFS, preventing the public from filling comments on the FCC’s Open Internet docket.

This was no run-of-the-mill distributed denial of service (DDoS) attack, though, the FCC told Motherboard.

The attack was, rather, carried out via what’s called a database DoS.

This differs from the more common web-based DoS attack, in which attackers attempt to grind a website to a halt by overwhelming it with massive amounts of traffic. In a database DoS attack, attackers go after the site’s infrastructure, trying to cripple the database itself.

Motherboard reports that in the FCC’s case, the intruders repeatedly initiated new public comments – probably with an automated script – and then almost instantaneously executed searches for those records.

Here’s how FCC spokesperson Kim Hart explained it to Motherboard:

We received a surge in the volume of visits to our electronic comment filing system last week. ... A byproduct of the high volume was what is known is a 'dead record lock,' where connections in the database create record lock contention and eventually cause the system to freeze. This created difficulty for people trying to submit and search for filed comments.

During the week of 2-6 June, the system experienced a 40-fold increase in dead record locks compared to a typical day, the FCC said.

The outage wasn’t from traffic surge; rather, it resulted from a “sustained effort from unknown digital assailants who were trying to hobble the agency’s database, in an apparent attempt to make the FCC and its IT systems look bad”, sources told Motherboard.

After a prolonged wipeout, the site’s now back up, and as of the evening of 11 June, it was showcasing some 82,975 comments.

As well it should be. This is the time for the public to weigh in on this important matter.

The Daily Beast has harvested a sampling of some of the loopiest and the most stirring of the comments.

As the news venue notes, the testimonies include stirring homilies, “harkening to the days of American freedom”, while others are just what you’d expect from a bunch of winged troll monkeys: “you scum-sucking motherf*&kers”, for example.

Bring it. Bring it all, winged patriots and flying monkeys.

Glad to see that the FCC comments section is back up for more of whatever the public wants to throw at it.

Image of silence and fast lane courtesy of Shutterstock.