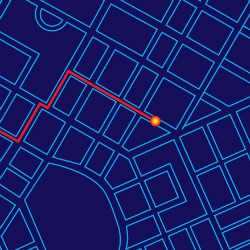 The US government and police regularly pull location data off of cell phone towers or stick GPS trackers on cars to track people and place criminals near crime scenes – often without a warrant.

In what the American Civil Liberties Union (ACLU) calls a “huge victory”, an appeals court on Wednesday ruled that such warrantless search violates the US Constitution.

The court – the US Court of Appeals for the Eleventh Circuit, covering Florida, Alabama, and Georgia – ruled that the government illegally obtained Quartavious Davis’ mobile phone location data to help convict him in a string of armed robberies in Miami.

The court further stated, unequivocally, that such location data is protected by the Fourth Amendment, which prohibits unreasonable searches and seizures.

From the opinion (PDF), written by Judge David Sentelle:

In short, we hold that cell site location information is within the subscriber's reasonable expectation of privacy. The obtaining of that data without a warrant is a Fourth Amendment violation.

This ruling comes almost a year after a ruling by the US Appeals Court for the Fifth Circuit, which concluded that location data stored on mobile devices is not protected under the Constitution.

Due to jurisdiction, Wednesday’s ruling that such data is in fact Constitutionally protected won’t overrule the earlier decision from the Fifth Circuit, but it adds a strong voice to the argument that mobile devices’ constant broadcasting of location data should be protected under federal law.

The ACLU, which argued in favor of the eventual outcome in the Davis case, applauded the decision in a tweet:

In their 38-page decision, the judges looked at diverse facets of intercepting wireless location data, including both as it regards the content, which they said has already been protected:

... it cannot be denied that the Fourth Amendment protection against unreasonable searches and seizures shields the people from the warrantless interception of electronic data or sound waves carrying communications.

…as well as the implications of tracking a person’s location.

With regards to tracking a person’s location, the court examined the difference between what can be gleaned over a limited tracking time – you can find that a woman went to a gynecologist, for example – and a prolonged tracking time, which creates a “mosaic” of data points that tells a fuller story: for example, a woman went to a gynecologist and then a few weeks later visited a baby supply store.

The government often relies on such mosaics in cases involving national security. The Supreme Court in the past has observed that in such a context,

...what may seem trivial to the uninformed, may appear of great moment to one who has a broad view of the scene and may put the questioned item of information in its proper context.

What implications might this have for organizations such as the National Security Agency that are using our wireless gadgets to track our movements?

Specifically, I’m thinking about how the NSA tracks hundreds of millions of mobile phone locations worldwide.

They’ll keep right on doing so, regardless of this ruling, given that the agency has an executive order allowing it to conduct international surveillance as long as it’s not constitutionally protected.

Sorry, rest of the world!