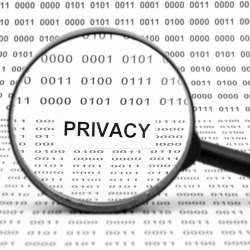 The majority of internet users think they have less privacy now than a year ago and most expect their privacy is going to be even harder to maintain in future, according to a recent study by EMC.

The study concludes that consumers overwhelmingly want the benefits brought about by technology, but only 45% say they’re willing to trade some privacy in order to enjoy them.

Interestingly, the study discovered that attitudes towards privacy, and the willingness to trade it for functionality, has demographic differences with residents of India, the Middle East and China/Hong Kong most likely to swap personal data for improved service.

The opposite is true in the UK, Netherlands, Canada and, especially, Germany – whose Chancellor, Angela Merkel, has been vocal in the wake of Edward Snowden’s revelations about government snooping.

Attitudes to privacy also vary across different types of organisation.

Despite the Snowden revelations and the best efforts of the NSA, the survey respondents were far more willing to deal with governments than social media sites:

Those responses are very hard to square with the enormous popularity of sites like Google, Facebook and Twitter. I can’t help wondering if the respondents actually understand when they’re trading their privacy for functionality, or understand the business models of the services they use?

Only 51% of users believe that social media site operators have the required skills to protect their personal data and 61% have doubts about the site operators’ ethics.

Consumers also see things getting worse and expect it to get worse still – 59% believe they have less privacy than they did a year ago and 81% expect privacy will be eroded even further over the next 5 years.

Despite this concern about the future and an apparently protective attitude to personal privacy it seems that many are unwilling to take even basic action to protect themselves:

The data captured in the EMC Privacy Index gives a fascinating view into the attitudes of global consumers and validates a fundamental point – respecting privacy and safeguarding data is a core value that should be shared by businesses, governments and individuals to enable a more trusted ecosystem.

Kaiser is right that it should be a shared value but is it? The privacy failings of governments and corporations have been well documented over the last year but can consumers really claim to be doing any better?

If you want to take better control of your personal privacy and don’t know where to start we think you should read our 5 tips to make your Facebook account safer and do these 3 essential security tasks for your family today.