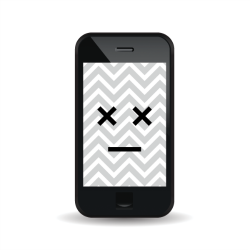 The law enforcement group Secure Our Smartphones is claiming victory after Google and Microsoft announced they will add a “kill switch” to their mobile operating systems.

Despite industry opposition to mandatory mobile device kill switch laws, new crime statistics show that Apple’s addition of remote device locking to iOS 7 just might be having an effect on iPhone theft.

Incidences of iPhone thefts have shot down sharply in several cities since September 2013, when Apple added the kill switch features called Activation Lock.

According to a study released by the office of the New York Attorney General, theft of Samsung devices without a kill switch increased in all those cities during the same period.

In New York, Samsung thefts surged 40% during the first five months of 2014, according to Schneiderman’s report.

Samsung, which runs on Google’s Android operating system, added a kill switch to its Verizon Wireless devices in April 2014, but the AG’s report doesn’t have any statistics on an effect on Samsung thefts since then.

Microsoft’s Windows Phone devices, which include all Nokia smartphones, were not included in the study – Windows Phones make up about 3% of the smartphone market, well behind the share held by Android and iOS.

Although Google, Samsung and Microsoft will be adding kill switches to their devices, that doesn’t mean states like California and New York should step back on laws requiring them, Schneiderman and Gascón said.

If your iPhone or iPad is lost or stolen, you can log into your Apple iCloud account to track, lock the device with a passcode, or zap the device entirely by deleting all its data.

The Find My iPhone app allows you to see the physical location of your lost or stolen iDevice, and set a lock screen message to give instructions to the person holding it – or even call you from the locked device.

It’s a great feature, and it seems to be working. However, some clever hackers have figured out how to turn Find My iPhone on its head in order to lock users’ devices and hold them to ransom.

Crooks calling themselves Oleg Pliss used stolen Apple ID credentials to access the Find My iPhone feature in Apple’s iCloud, which they switched on to lock the devices of victims in Australia, California, and also Russia, where two hackers were arrested for the scam.

The good news about this kind of ransom attack is that it only works if you don’t have a passcode or fingerprint ID on your device already.

The Secure Our Smartphones coalition still wants better anti-theft protections than what Apple is currently offering.

Gascón told The New York Times that, because Find My iPhone is not on by default in iOS 7, many people don’t know how to turn it on.

“Some people might not be tech-savvy enough to do this,” he told the Times.

It will be interesting to see how and when Apple, Samsung, Google and Microsoft move to better anti-theft technology.

Apple’s Touch ID, and the fingerprint ID on the Galaxy S5, have both proven vulnerable to hacking with fake fingerprints.

What’s next for anti-theft technology? Well, how about transparent sensors embedded in the glass on device screens to check your fingerprints, your temperature, or maybe your DNA?

According to researchers at Columbia University and Corning who recently discovered how to use lasers to create see-through sensors in devices’ screens, this technology can be used to identify devices in a way that can’t be removed by thieves for reselling.

11 comments on “Google and Microsoft want to kill your phone if it’s stolen. Do you feel safer?”