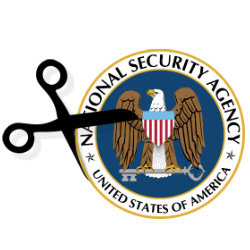 A strong majority of the US House of Representatives on Thursday night voted to cut funding for surveillance on citizens.

The vote came in at 293 to 123 in favor of an amendment to a defense appropriations bill that would cut funding for National Security Agency (NSA) operations that include warrantless spying on Americans or installing hardware or software backdoors into products to enable communications interception.

The NSA currently collects emails, browsing and chat history under Section 702 of the FISA Amendments Act and searches this information without a warrant for the communications of Americans – a practice known as “backdoor searches”.

The amendment would forbid the NSA to use any of its funding from the Defense Appropriations Bill to conduct warrantless searches.

It would also disallow the agency to use its budget to get companies and organisations to add backdoors to their encryption standards.

The NSA has attempted to thwart encryption by, for example, peeling apart the layers of the Tor anonymizing service.

The agency has also routinely received – or intercepted – routers, servers and other computer network devices as they’re being exported from the US to international customers.

As Glenn Greenwald recounted in his newly published book – No Place to Hide – the NSA then implants backdoor surveillance tools, repackages the devices with a factory seal and sends them on, thus giving it access to entire networks and all their users.

The provision approved by the House on Thursday was originally a central component in the original version of the USA Freedom Act – legislation the House passed last month to curb NSA spying and end bulk data collection.

The provision was stripped out of that earlier act during negotiations among congressional leaders.

The amendment states that, with a few exceptions, the NSA can’t fund its agents’ running of database queries that specify a US person as a target:

none of the funds made available by this Act may be used by an officer or employee of the United States to query a collection of foreign intelligence information acquired under section 702 of the Foreign Intelligence Surveillance Act of 1978 (50 U.S.C. 1881a) using a United States person as an identifier.

Also, the amendment tells both the NSA and the Central Intelligence Agency (CIA) to stop using taxpayer money to rig backdoors:

none of the funds made available by this Act may be used by the National Security Agency or the Central Intelligence Agency to mandate or request that a person...alter its product or service to permit the electronic surveillance...of any user of said product or service for said agencies.

The proposal, which has drawn opposition from security agencies, still has to clear a Senate vote before it becomes law in 2015.

Still, the chief sponsors of the provision – Representatives Jim Sensenbrenner, Republican of Wisconsin, Zoe Lofgren, Democrat of California, and Thomas Massie, Republican of Kentucky – are cheering the lopsided vote.

Mark Rumold, staff attorney for the EFF, called it an “important first step” in a statement issued Thursday night:

Tonight, the House of Representatives took an important first step in reining in the NSA. The House voted overwhelmingly to cut funding for two of the NSA's invasive surveillance practices: the warrantless searching of Americans' international communications, and the practice of requiring companies to install vulnerabilities in communications products or services. We applaud the House for taking this important first step, and we look forward to other elected officials standing up for our right to privacy.