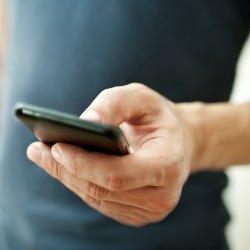 An Irish man was fined after admitting to posting an “I’m a whore” open to “any offers” update on Facebook via his ex-girlfriend’s phone and account.

The 30-year-old Donegal man pleaded guilty to a charge of criminal damage – to the woman’s social media account – at the Central Criminal Court.

The court heard that the woman had remained friends with the man after their relationship ended in January 2011.

Four months after the breakup, he went to her home in the early hours of 6 April 2011, took her phone, snooped through her text messages, and confirmed that she was in a new relationship.

After the man left her house, the woman realised that he’d taken her phone with him.

The man was arrested shortly after he made the post, admitted to making it, and said he did it because he was angry about the woman’s new partner.

According to the Irish Times, the case – prosecution for damaging a social media account – is the first of its kind.

The judge, Justice Garrett Sheehan, wasn’t sure how to assess the damage, given that nothing had physically been broken.

The prosecution suggested that the offence was closer to harassment than criminal damage, given that the harm was to the woman’s reputation, as opposed to something that could be measured monetarily.

Without precedence to guide him, the judge said that the offence was reprehensible and had seriously damaged the woman’s good name, but the post was “fortunately” spotted quickly and taken down.

What do you think? Let us know in the comments section below what would be an appropriate punishment for someone who acts in this most specifically jerky manner.