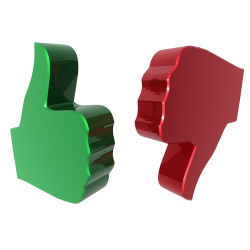 Facebook is taking heat once again for perceived invasion of privacy, after it disclosed a research experiment conducted on users without their explicit consent.

Facebook researchers revealed this week that they had conducted an experiment on nearly 700,000 users back in 2012, involving manipulating their news feeds to gauge responses to greater or lesser negative news.

An outpouring of indignation (and already one government investigation) has caused the social media giant to backtrack – slightly.

A Facebook spokesperson said the study was “done with appropriate protections for people’s information,” but the social media giant is “happy to answer any questions regulators may have.”

Was it ethical for Facebook to attempt to manipulate users’ emotions, as it has admitted doing in its experiment?

Adam Kramer, the designer of the experiment and lead author of the study, admitted that the value of the research may be outweighed by the anxiety it has caused.

Even if the experiment was legal and ethical, Facebook has a pretty long history of pushing the privacy envelope – with many past privacy violations and security slip-ups.

Remember, it took 10 years for Facebook to finally make public sharing opt-in for new users – those who are least likely to understand the social network’s privacy settings.

It should be noted that, in recent months, Facebook has taken some steps to give users more control over their privacy settings.

Meanwhile, people’s responses to this experiment differ wildly, running from outrage to “so what” indifference.

Previous polling of social media quitters has found that those who do leave are generally much more concerned about their privacy than a typical Facebook user.

Was Mark Zuckerberg right when he said in 2010 that privacy is outdated and overrated?

These are complicated questions, and given Facebook’s huge influence on our lives, it seems that some people are just fine with giving up some of their privacy to use it.

On the other hand, there’s an argument to be made that users of any service, including Facebook, have every right to demand respect for their privacy.

Some nations in Europe seem to have a much more conservative approach to online privacy than in the US – and yet, people’s attitudes towards privacy are definitely moving in the direction of more openness.

Has Facebook finally gone too far? Let us know what you think. Take our poll and sound off in the comments.

And be sure to come back next week – we’ll dig into the results and add our own thoughts.

Image of thumbs up and thumbs down courtesy of Shutterstock.

23 comments on “Facebook’s experiment on users – what would it take for you to finally quit? [POLL]”