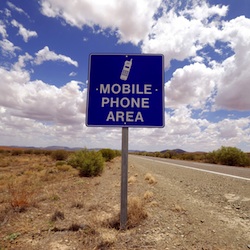 …and how the US Supreme Court recently refused to drag it out of that self-inflicted privacy wreckage?

Well, not to be competitive or anything, but Australia’s police force has created its very own data-slurping, privacy-demolition derby.

As The Sydney Morning Herald reported on Monday, Australian federal and state police have joined the ranks of mega-data slurpers, ordering phone providers to hand over personal information about thousands of mobile phone users, regardless of whether or not those people are under investigation.

The news agency says it’s confirmed that police are using what’s known as a “tower dump”: a technique that gives police the identity, activity and location of any phone that connects to targeted phone towers, generally within 1-2 hours.

US police are already all over this type of warrantless, large-scale interception of mobile phone data: according to a December 2013 USA Today investigation, about 1 in 4 law enforcement agencies have used the tower dump tactic.

USA Today also reported at the time that at least 25 police departments owned a stingray: a surveillance device that sends powerful signals to trick cell phones – including those of  bystanders – into transmitting their locations and their IDs.

Thirty-six more police agencies refused to tell the newspaper whether they’ve used either a tower dump or a stingray.

In fact, US police have been extraordinarily cagey when it comes to letting the public know how they’re being spied on in this manner.

The American Civil Liberties Union (ACLU) has put together a guide to what agencies and which states are using cellular tracking devices – at least, as far as it’s been able to glean.

In June, after the ACLU filed a run-of-the-mill public records request about cell phone surveillance with a local police department in Florida, the US Marshals Service swooped in, snatched the records away, and bustled them 320 miles out of town, just hours before the ACLU was supposed to review them.

As of mid-June, the ACLU was challenging the confiscation.

In similar fashion to their US colleagues, Australian law enforcement agencies are staying mum about the tower dumps and stingrays, with NSW Police, Victoria Police and the Australian Federal Police all refusing to comment.

Regardless, some phone companies have confessed to the tower dumps, The Sydney Morning Herald reports.

And despite police’s reticence, the use of cellular tracking can sometimes be surmised by phones acting oddly: text messages not sending, for example, or quickly being drained as they’re forced to register at maximum power to retain a strong signal.

As the Chicago Sun-Times reported last month, that’s what protesters at the 2012 Chicago NATO summit experienced.

After the NATO summit, plaintiff Freddy Martinez wound up filing a lawsuit against the Chicago Police Department for records regarding any purchases of cellular tracking equipment.

The paper quotes him:

[The NATO summit is] when we first noticed it. A phone that would last you all day would be depleted in 4 hours.

Is use of these cellular trackers illegal? Australian phone companies don’t seem to think so. US courts are mulling the issue.

Maria Kayanan, Associate Legal Director, ACLU of Florida, has this to say about the practice and the police’s desire to keep it all under wraps:

Concealing the use of stingrays deprives defendants of their right to challenge unconstitutional surveillance and keeps the public in the dark about invasive monitoring by local police. And local and federal law enforcement should certainly not be colluding to hide basic and accurate information about their practices from the public and the courts.

It’s bad enough that the National Security Agency (NSA) has gone as far as it’s gone in post-9/11 surveillance bacchanalia.

We have plenty of NSA surveillance – and Google’s, for that matter.

We don’t need local police deputising themselves to become super-slurpers too, be it in Florida, Australia or, well, anywhere!