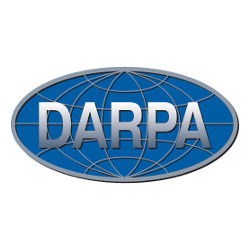 On Tuesday, The Guardian posted an article about the US military pouring millions into researching how to become a Twitter-user-influencing, propaganda-spewing machine.

On Wednesday, the DARPA program manager running the social media research program leapt into action, putting up a fact sheet that basically boiled down to Hell no, we’re not Facebook!

The program in question is known as Social Media in Strategic Communication (SMISC).

SMISC, which was announced in 2011, has been regarded as the means by which the US military can both detect and conduct propaganda campaigns via social media.

While the program isn’t new, The Guardian recently spotted details that had been quietly posted on its site.

According to the DARPA-funded researchers, they only used publicly available information.

It was all above-board, DARPA said.

That would be unlike Facebook, who just last week freaked out online users when news emerged concerning its tinkering with users’ news feeds and the emotional changes that this brought about in its unwitting subjects, who never gave informed consent to be toyed with.

In fact, the UK’s Information Commissioner’s Office plans to investigate the experiment to determine the legality of Facebook’s having manipulated the feeds of close to 700,000 users to determine how they reacted to positive or negative news.

For its part, the manager of SMISC, Dr. Rand Waltzman, said in a post that understanding social media is just part of DARPA’s “mission of preventing strategic surprise”:

With the spread of blogs, social networking sites and media-sharing technology, and the rapid propagation of ideas enabled by these advances, the conditions under which the nation’s military forces conduct operations are changing nearly as fast as the speed of thought. DARPA has an interest in addressing this new dynamic and understanding how social network communication affects events on the ground as part of its mission of preventing strategic surprise.

DARPA, of course, wants to get the earliest warnings possible when surprises first ignite, and social media has proved to be both a seismic recorder as well as the accelerant itself.

Facebook and Twitter have been credited with helping the Arab Spring to blossom, for one, as Wired has pointed out:

The speed of communication through digital channels gives activists unprecedented agility during street operations. Online, they can organize, debate, plan, and broadcast at a level of coordination that was unavailable, indeed unimaginable, in the past.

DARPA is the US Department of Defense’s military research department, also known as the DOD’s mad science division, and it’s responsible for funding the development of very fabulous things: scary looking robots [YouTube video], the onion routing technology that powers anonymising technologies such as Tor, and even Arpanet, the precursor to the internet.

While DARPA’s social media experiments well might have avoided breaking any law by using only publicly available data, some of its studies are sure to make people uncomfortable.

For example, some of the SMISC research has focused on the Occupy Wall Street protests and those in the Middle East, while other projects have analysed online memes and tweets from celebrities including Justin Bieber and Lady Gaga (described as “the most popular elite user on Twitter”, according to The Guardian).

As far as propaganda goes, Dr. Waltzman says that DARPA is actually looking to battle misinformation:

Through the program, DARPA seeks to develop tools to help identify misinformation or deception campaigns and counter them with truthful information, reducing adversaries' ability to manipulate events.

Of course, what constitutes propaganda vs. accurate information is typically in the eyes of adversarial governments and militaries.

Additionally, SMISC research has involved messaging unwitting participants in order to track and study how they responded.

In one study, titled “Who Will Retweet This? Automatically Identifying and Engaging Strangers on Twitter to Spread Information”, researchers engaged directly with social media users and analysed their responses.

The researchers explained that identifying and engaging social media influencers—”the right people at the right time”—can help to “propagate information when needed.”

Not only did the researchers on that particular project actively engage 3,761 Twitter users about the topics of public safety and bird flu, they also noted that they relied on a feature set that “includes personality traits that may influence one’s retweeting behaviour.”

DARPA has reportedly spent around $19 million (£11.1 million) to fund these and other aspects of social media, with $8.9 (£5.2 million) passing through IBM and distributed to various researchers, and another $9.6 million (£5.61 million) going to educational institutions.

What do you think? Is it worth worrying about, given that DARPA for the most part used only publicly available information?

Or does the US military funding researchers’ active engagement with Twitter users veer into the creepy zone?