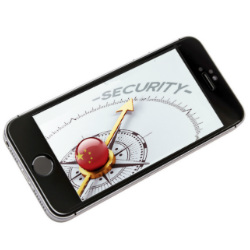 China has cited Apple iPhone’s ability to track and time-stamp users’ whereabouts as reason to declare the mobile phone hazardous to state security.

On Friday, the state media TV broadcaster, China Central Television (CCTV), criticised the iPhone’s “Frequent Locations” function for allowing users to be tracked and information about them to be revealed.

In the broadcast, the report quoted researchers who said that those with access to the data could glean sensitive information such as the country’s economic situation or “even state secrets”, according to the Wall Street Journal.

It also displays a map of the areas that a phone’s owner has visited, including an approximate time, data and address.

The feature reveals a historic list of locations users frequent to “provide useful location-related information” on the phone. It can be disabled through the same screen.

The coverage can’t be good for Apple, which is already at a disadvantage in the Chinese mobile phone market.

Research firms differ as to market share numbers, but they all show Apple to have a pretty meager foothold. The WSJ quotes one such, the research firm Analysys, which puts Apple’s share at 6%, compared with Samsung’s 17.8%.

But Apple controls the market that matters: the higher end.

The research firm Umeng says that 80% of smartphones priced at more than $500 in China are iPhones.

Of course, the US is stewing in its own Edward Snowden-brewed surveillance juices. CCTV didn’t hesitate to point that out.

Friday’s broadcast cited the National Security Agency disclosures and called US technology firms’ databases a “gold mine”, the WSJ reports, quoting officials who said that China needs stronger data protection laws and that Apple would assume “legal responsibilities” if any data leaks were to cause harm.

Of course, regardless of whether the anti-iPhone report is just tit-for-tat maneuvering, a mobile phone is, in fact, the receptacle for all sorts of information that comes in handy for spying.

But Apple hasn’t cornered the market when it comes to snoop-worthy phone data.

Indeed, most smartphones carry a wealth of such data nowadays. Androids, for example, also track where we go, and in the event that a phone is stolen, users can track its location.

But the fact that Apple controls the lion’s share of the high-end market means it’s probably riding along in the pockets and purses of extremely valuable intelligence targets: namely, Chinese government officials and executives.

Apple’s hold on the high-end mobile phone market could be one factor behind China’s singling out the iPhone as a security risk.

Or then again, it could be that Apple’s closed platform presents an opaque view into its internal workings, including its processors, compiled software, and network equipment.

Apple responded with a statement on its Chinese website in an attempt to reassure users:

Apple is deeply committed to protecting the privacy of all our customers. Privacy is built into our products and services from the earliest stages of design. We work tirelessly to deliver the most secure hardware and software in the world...

...Apple does not have access to Frequent Locations or the location cache on any user’s iPhone at any time.

It remains to be seen if the CCTV report will result in new rules or limits on Apple technology. For now, iPhones are still for sale.

That could conceivably change.

As the WSJ notes, the same TV station has caused Apple grief in the past: Last year, CEO Tim Cook publicly apologised after CCTV accused Apple of discriminating against Chinese consumers in its warranty policies.

3 comments on “iPhones are a security threat to the state, China claims”