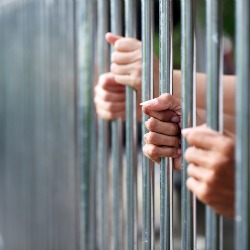 Doctors, teachers, scout leaders, care workers and former police officers – all professions that entail unsupervised access to children – were among 660 who’ve been arrested in an unprecedented child abuse image dragnet in the UK.

The National Crime Agency (NCA) said in a press release that more than 400 children across the UK have been plucked from danger and are now being safeguarded.

The majority of those arrested were previously unknown to the police, while 39 were registered sex offenders.

Police have brought charges that range from possession of indecent images of children to serious sexual assault.

Not wanting to tip off paedophiles, investigators have declined to reveal the methods they used to track down suspects.

Even a haul as enormous as this one represents merely the tip of the iceberg, they said, and they want to be able to use the same tactics again in future investigations.

Despite this secretiveness, officers talking to the BBC’s Tom Symonds did say that their techniques comprised a breakthrough in the way intelligence was used and passed between the various police forces, as opposed to coming from a technological advance.

The level of coordination between disparate law bodies is, in fact, the reason why the newly formed NCA was created. NCA Deputy Director General Phil Gormley said that such coordination contributed to the sting’s success:

This is the first time the UK has had the capability to coordinate a single targeted operation of this nature. Over the past six months we have seen unprecedented levels of cooperation to deliver this result.

Gormley told the BBC that the internet won’t hide sex offenders – not even the Deep Web.

(There are terms that are used somewhat interchangeably to describe the underbelly of the internet, such as the Dark internet, where computers are found that can no longer be reached via the internet, or the Darknet, which is a distributed filesharing network that makes up a smaller part of the Deep Web.)

One example of content that operates on the Deep Web is the now-defunct Silk Road, the former black market for drugs and firearms, which the FBI shut down in the autumn of 2013.

This huge operation provides another distressing illustration of the scale of online offending against children but perhaps more importantly it also sends out a very clear warning to paedophiles and collectors of indecent images everywhere that the internet is increasingly becoming a very hostile environment for them.

Police forces all over the world are co-operating on an unprecedented scale in pursuit of online child sex offenders and they are deploying technical tools to track them down with ever greater effectiveness.

That scale was illustrated by the uncovering of a massive, 27,000-member child abuse ring that the US Department of Homeland Security dug out from behind the Darknet’s anonymising router, Tor, in March.

According to the BBC, during the course of the UK investigation, 833 buildings were searched, and 9,172 devices, including phones and laptops, were seized.

Kudos to all of the investigators.

May such hard work be facilitated by all the tools, technologies, coordination and communication humanly possible, be it electronics-sniffing police dogs, ransomware that tricks child abusers into turning themselves in, a CGI girl used to lure paedophiles, or the less technological but still crucial act of pulling dispersed police forces together and allowing them to work better, stronger, and smarter, together.