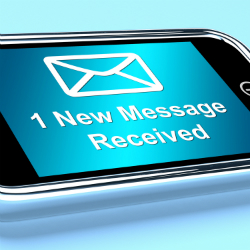 An Indian call-centre operator has been fined by a London court for breaching Data Protection laws, but despite his operation bombarding UK cell phones with spams, his punishment amounts to little more than a slap on the wrist.

Jayesh Shah of Pune, India, is believed to be behind a large-scale operation sending SMS spam to UK phones, taking advantage of the PPI claims confusion, itself the result of a long-running scam pulled on UK consumers by banks.

His operation, which apparently routed spam SMS messages from US-based servers via an office in Goa to the UK, is claimed to have produced up to 500,000 texts per day, looking for gullible leads to sell on to claims management firms.

It seems that those who responded to the spam texts were seen as prime fodder for the ethically-challenged claims firms, who paid up to £7.50 each for their mobile numbers.

Earlier this year the MailOnline boasted of its victory when Shah was charged with Data Protection breaches, after undercover reporters recorded him admitting to sending SMS spam into the UK for the past four years.

He also insisted to the reporters that he was immune from prosecution in the UK, as he was running his dodgy business from overseas. However, as he did do some business with UK-based claims firms, he was required to register with the Information Commissioner’s Office (ICO).

Although Shah did register, he failed to fully declare that the business he was engaged in included the controlled area of selling on people’s personal information as marketing “leads”, and it was for this breach of the rules that he was prosecuted and eventually fined.

The judge in the case made it clear that in this instance he had no interest in Shah’s alleged spamming business, only in the breach of ICO rules, but the ICO implied that a separate investigation into the spamming side of Shah’s operation was continuing.

Given the difficulties of following the evidence across multiple national and jurisdictional borders, it seems unlikely that Shah will be brought to proper justice any time soon, unlike the British duo fined £440,000 ($750,000) for operating a similar PPI scam operation a couple of years ago.

The ICO’s spokesman was not too confident of success, telling reporters, “It’s difficult to say whether he’s still doing it because he does not identify who he is when he’s making calls or who the sender is.”

Little surprise that a spammer would avoid advertising his identity to his victims.

The PPI saga has brought endless misery to UK consumers, with even those who weren’t defrauded by the banks still having to endure wave after wave of pestering emails, texts, automated voice calls and advertising touting the services of claims firms.

It seems there is still money to be squeezed out of the victims, despite many campaigns informing the public that no intermediaries are needed to submit a claim.

The same advice applies to anyone receiving unwanted and unexpected offers: if someone approaches you out of the blue and offers to make you rich, be very skeptical. This is doubly true if the approach is made by phone, email or other remote communication vector, which can disguise the true identity of scammers as well as shield them from your local legal protections.

Don’t open, don’t read, don’t respond (even “unsubscribing” is not advised with SMS spammers, as their main aim is often merely to establish whether a phone number is “live” and in use), and whatever you do, don’t hand over any sensitive personal info.

If you can, report any unwanted, pushy or scammy messages to the appropriate authorities – in the UK that would be the ICO for nuisance marketing, or the police for more serious fraudulent behaviour – as every complaint is more ammunition to bring against the scammers.

Image of SMS on phone courtesy of Shutterstock.