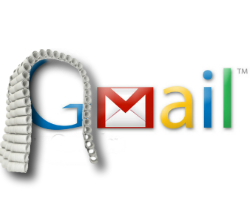 A New York court on Thursday opened up our entire Gmail accounts to feds or cops with warrants, in spite of two recent decisions that went against similar requests.

Besides the decision itself, which concerns a money-laundering investigation, New York District Judge Gabriel Gorenstein’s decision was unusual in that the he actually took the trouble to write a lengthy explanation.

He wrote that email accounts are the same as hard drives, as far as the law was concerned, meaning they can be seized in their entirety when investigators show up with a warrant.

In the context of suppression motions, courts have routinely upheld the seizure or copying of hard drives and other storage devices in order to effectuate a proper search for the categories of documents or files listed in a warrant.

At the heart of the case is an investigation in which the FBI had probable cause to believe that its target had been using an email account to engage in criminal activity and that emails and other information in his Google account would provide evidence of his crimes.

The search warrant directs Google to cough up everything associated with the email account, including all emails, whether they were sent, received, or just stored as drafts.

It also went after everything in the target’s address book.

The warrant contained no search protocol.

In other words, the sweeping nature of the warrant in this case is similar to other recent cases in which judges denied warrants because they gave the government access to too many emails that weren’t relevant to the crimes under investigation.

In fact, Gorenstein’s ruling is just part of a recent public debate that has seen judges declare such searches overly broad.

In April, a Washington, DC, court rejected a warrant for the Apple email account of a defense contractor as part of a kickback investigation – one of several similar opinions he has authored recently.

And then, last year, a Kansas court denied warrant applications for emails and records at Google, Verizon, Yahoo!, Microsoft unit Skype and GoDaddy in a stolen computer equipment case.

In his decision to green-light the search warrant in the ongoing investigation, Gorenstein noted that very few criminals keep all their illegal activity information in a folder marked “drug records”, for example.

Courts have long recognised the practical need for law enforcement to exercise dominion over documents not within the scope of the warrant in order to determine whether they fall within the warrant.

In the case of electronic evidence, which typically consists of enormous amounts of undifferentiated information and documents, courts have recognised that a search for documents or files responsive to a warrant cannot possibly be accomplished during an on-site search.

Civil rights advocates, understandably, didn’t much like the judge’s decision. They did, however, like the fact that Gorenstein went to the trouble of providing his rationale.

The more voices and opinions we can add to the discussion, the better.

I agree. Gorenstein’s decision may come down on the side of overly broad search warrants, but at least he gave some context for his conclusions.

The discussion is far from over. This judge gets credit, at least, for acknowledging that.

6 comments on “Your Gmail account is fair game for cops or feds, says US judge”