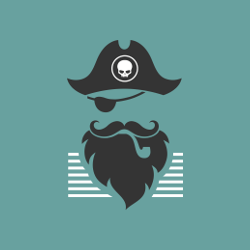 Trouble with law enforcement started back in 2012 for the three alternative Android app markets.

Back in August 2012, websites called snappzmarket​.com, appbucket​.net and applanet​.net went off the air in a takedown that the Federal Bureau of Investigation (FBI) refers to as “the first time website domains involving mobile device app marketplaces [were] seized.”

Fast forward nearly two years, and things just got a lot worse for several of the alleged operators of those sites.

According to the FBI, Messrs Taylor, Walton, Sharp, Blocker, Buckley and Lee have recently been charged with criminal offences relating to Android app piracy.

We’re not talking about a couple of dodgy apps on your phone here.

(The FBI doesn’t identify those legitimate markets, but it’s reasonable to assume that the Google Play Store is one.)

Four others connected with the piracy operation, Messrs Peterson, Dye, Narbone and Pace, were charged earlier in 2014 and pleaded guilty.

The piracy allegations relate to the period from August 2010 to the shutdown in August 2012, which means more than 5,000,000 downloads in just two years.

That works out at close to five Android users every minute who couldn’t resist the chance to avoid paying the typically modest price of a popular paid Android app by going “off market.”

The charges relate only to crimes involving intellectual property, such as copyright, so there’s no suggestion that the accused were running a malware dissemination racket at the same time.

So we’re not going to trot out the usual line that you should be careful of pirated apps in case you get infected.

We’ll ask you to avoid pirated apps because you jolly well know that you ought to be paying for them, or choosing legal free alternatives instead.

And, having said that, we are going to trot out the “be careful” line, after all.

For all that there are many reputable apps to be had in many reputable non-Google app markets, you should assume that anyone who cares little enough about an app’s creator to rip him off probably doesn’t care terribly much about you, either.

After all, an app pirate can’t take a cut of the revenue from a paid app that he’s just “sold” you for nothing, so it’s worth bearing in mind that he might try to load up your “free” apps with what you might euphemistically call bonus content.

In fact, even free apps from the Play Store, rebundled into free apps on alternative markets, may contain unwanted surprises.

From Angry Birds to Flappy Bird, and from Instagram to Zelda, wandering into unregulated and poorly-secured alternative Android markets can be a recipe for trouble.

And, if you’re thinking to yourself, “But you guys *would* say that,” then…

We would, and we just did!