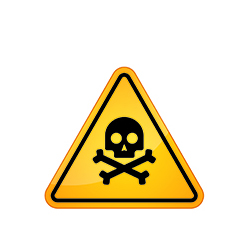 The City of London Police has started removing legitimate ads on websites believed to be serving up pirated content, and has been replacing them with warning banner ads.

The banners are shown by UK publications but aren’t likely to show up when the sites are viewed from other countries.

The BBC published a screenshot of how the ad looks on an unauthorized MP3 site.

The banner advises visitors that a given site has been reported to the police and asks them to close the page per the Police Intellectual Property Crime Unit (PIPCU).

PIPCU on Tuesday said in a release that this is the next step in Operation Creative: a global project in which PIPCU, in partnership with the creative and advertising industries, is trying to disrupt and prevent websites from distributing pirated content.

The technology underpinnings of this advertising bump-out is provided by a content verification technology provider, Project Sunblock, which swaps out legitimate adverts for the police banners.

Operation Creative has already knocked 40 national and international websites offline, succeeding in getting them suspended by their domain name registrars.

PIPCU says that the sites plastered with the new banners have been identified and reported to PIPCU by rights holders claiming that the sites engaged in illegal copyright infringement.

PIPCU contacts the sites to offer the opportunity to “engage with the police, to correct their behaviour and to begin to operate legitimately”, it says.

If the site doesn’t play ball, PIPCU says it may do a number of things: seek to suspend it with the domain registrar, or replace its adverts and disrupt advertising revenue through the use of the Infringing Website List (IWL).

But as Torrentfreak reports, with this blocklisting comes the serious risk of overblocking, in which perfectly legal sites may end up losing advertising opportunities if they wrongfully make it onto the block list.

Beyond the confusion of trying to figure out who really should be blocked, blockading legitimate advertising has serious side effects in terms of security.

Some stats and rationale from the International Federation of the Phonographic Industry (IFPI), the organization that represents the interests of the recording industry worldwide:

The head of PIPCU, DCI Andy Fyfe, said in the release that the removal of legitimate ad banners is helping to protect consumers:

When adverts from well known brands appear on illegal websites, they lend them a look of legitimacy and inadvertently fool consumers into thinking the site is authentic.

Maybe so. But the side effect of increasing malware is certainly not going to protect consumers.

Just because alleged pirate sites are being starved of legitimate revenues doesn’t mean they won’t be able to get revenues from bad players.

And it will be consumers, not the recording industry, who suffer.