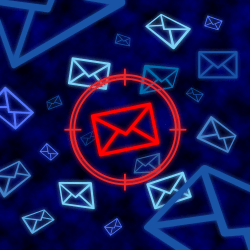 A 41-year-old resident of Houston, Texas has been arrested after Google tipped off police that they had spotted child abuse images in his emails.

A search of his home and equipment uncovered further images of child abuse, emails and text messages discussing his pedophilic tendencies, and even cell-phone videos of children visiting the branch of Denny’s in Pasadena, Tx., where Skillern worked as a cook.

The investigation was apparently sparked by a tip-off sent by Google to the National Center for Missing and Exploited Children, after explicit images of a child were detected in an email he was sending.

The story seems like a simple one with a happy outcome – a bad man did a crime and got caught.

However, there will of course be some who see it as yet another sign of how the twin Big Brothers of state agencies and corporate behemoths have nothing better to do than delve into the private lives of all and sundry, looking for dirt.

Google has a long-running and often controversial relationship with the privacy of its users, in the past receiving criticism for its unclear and confusing privacy policies, data-slurping StreetView cars and leaky Google Drive services.

It’s been ordered to give people the option to have references to them ignored by its search engine, and most recently the Italian government demanded more openness about what will be done with people’s data once they’ve given it up to Google’s multi-tentacled services. Email services in particular are seen as a sensitive area where people might expect some privacy, but Google’s business model relies on crunching everything we do in order to push the right advertising in our direction, and email is a great source of personal info on those who use it.

Google’s been sued for probing intrusively into student Gmail accounts, but at the same time US law has found Gmail accounts to be fair game for police investigation, provided a warrant is granted, and the FBI can get their hands on much more data on Google’s users should they want to.

A year ago Google’s attitude to the privacy of email users everywhere was apparently questioned.

We all like to get things for free, and like other “free” online providers, Google takes advantage of that, giving us all sorts of services in return for all the personal info we care to hand over. Exactly what is then done with that data is something we have very little control over.

So whenever we hear of something being spotted in (what we think is) our private stuff and reported, we find it worrying, even if it’s something entirely proper and innocuous.

On the other hand though, at least some people expect the Googles of the world to be stepping in more and more to prevent any kind of nastiness, impropriety or fraud on the internet.

This is particularly the case in the area of child abuse, exemplified by UK Prime Minister David Cameron’s crusade to persuade Google to implement more filters to remove child sex images from searches.

At the time this proposal was widely ridiculed, mainly on the grounds that pedophiles operate in sophisticated and well-hidden gangs who would never consider using Google.

In this case, where a man seems to have been caught simply because he was using Gmail, that claim seems proven to be not entirely accurate. Not everyone involved in this sort of nastiness is a criminal genius, fortunately.

When it comes down to it, we just need to be more aware of how the world works, and to act accordingly.

If you want your information kept private, just don’t hand it over to a free service which makes money leveraging that kind of info.

If you want to use free services, just don’t use them for anything you wouldn’t want the entire world knowing about.

If you feel you want to commit crimes against children, just don’t – get some psychological help instead.

Image of email and inbox courtesy of Shutterstock.