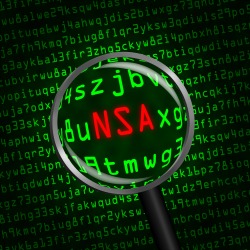 US Senator Patrick Leahy on Tuesday introduced a brawnier version of the limp, watered-down USA Freedom Act that the House passed in May – one of a set of competing bills designed to curb National Security Agency (NSA) surveillance.

Leahy’s beefier version – which the Senate may or may not vote on before November elections, given that it’s taking off for a five-week break on Friday – would ban the government’s dragnet collection of domestic telephone metadata and internet data.

Leahy’s legislation would also forcefully rein in the terms that intelligence analysts use to search databases held by phone companies such as Verizon or AT&T.

Both the House and the Senate versions of the bill would stop data from flowing into the NSA’s computers, instead keeping the information with the phone companies.

But the Senate bill goes much further in limiting how much of that data the NSA can request.

The legislation would require the intelligence agency to ask for the records of a specific person or address it’s tracking, rather than conducting a broad dragnet of a particular service provider or of a broad geographic area – such as a city or area code – in the hopes that something useful will turn up.

Leahy said in a release that the time to act is now:

This is a debate about Americans’ fundamental relationship with their government - about whether our government should have the power to create massive databases of information about its citizens. I believe strongly that we must impose stronger limits on government surveillance powers - and I am confident that most Vermonters, and most Americans, agree with me.  We need to get this right, and we need to get it done without further delay.

An outline of the USA Freedom Act of 2014 can be found here.

As the American Civil Liberties Union (ACLU)’s Neema Singh Guliani reiterated on Tuesday, a major criticism of the House-passed version of the USA Freedom Act was that it contained a broad definition of “specific selection term” (SST), which is the term that the government uses to describe the records it wants to collect.

“As it was approved in the House, that definition could be abused to permit the collection of everyone’s records in an entire area code or zip code, even an entire network server,” Guliani said.

The new version of the bill creates an exhaustive list of permissible SSTs for certain programs and, ideally, it would prevent the government from twisting provisions that have allowed it to collect the phone records of virtually everyone in the country.

Specifically, the Senate bill would end the bulk business-records collection of phone records authorized by Section 215 of the USA Patriot Act, which was enacted after the terrorist attacks of 9/11.

The bill would also pull away the cloak of secrecy under which the government has been acting, in that it would require the Foreign Intelligence Surveillance Court (FISC) to release opinions – or, at least, relevant information about important opinions.

Thus, the public would have a better shot at knowing what the intelligence agency was up to, without having to rely on somebody like Edward Snowden to spill the beans.

It also creates a special advocate within the FISC who can act for the privacy interests of both Americans and foreigners.

In addition, the new version of the USA Freedom Act would require the government to show why it thinks the records it requests are related to a foreign terrorist agent.

In contrast, the House bill’s vague language left room for exploitation by agency lawyers who could have finagled far more snooping on personal records than is necessary, critics claimed.

Back in May, when the House Judiciary Committee first voted on the USA Freedom Act, privacy blogger Marcy Wheeler memorably renamed it the “Freedumb Act.”

Some of the problems with the House bill – which had been watered down at the behest of the White House – included the collection of records without a judge’s order in emergency cases.

Neither did it do much to stop the NSA’s continued collection of potentially millions of people’s data, given that it allowed collection of phone call records up to two hops away from a target.

Leahy said in a floor statement that the Senate bill is an “historic opportunity” to reform the nation’s surveillance agencies – the greatest opportunity since the Patriot Act was passed 13 years ago.

If enacted, it would satisfy a wide range of supporters. Leahy noted that the bill has the support of the administration, a wide range of privacy and civil liberties groups, and the technology industry.

Reuters quoted Harley Geiger, senior counsel for the Center for Democracy and Technology, an advocacy group, who called Leahy’s measure “an improvement on the House-passed version at every step.”

The ACLU’s Guliani was even more enthusiastic, saying that although the bill isn’t perfect, and while it only deals with one narrow surveillance agency and there are still a lot of things to be ironed out, it’s still an important step:

To quote Joe Biden during the signing of the healthcare bill, "This is a big f---ing deal."

To put this in historical context: If the Senate passes the bill, it will be the first time since passage of the Foreign Intelligence Surveillance Act in 1978 that the chamber has taken action to constrain the intelligence community, and the first time Congress has a real shot at restoring the crucial privacy protections lost in the Patriot Act.

Guliani’s right. That is a big f—ing deal.

Let’s hope this historic bill survives and emerges from the chamber essentially intact.

Let’s hope that the president gets to sign legislation that is, at the very least, a step in the right direction when it comes to reform of intelligence agencies run amok and reclamation of privacy – both that of Americans and other countries’ citizens – that’s been trampled on for far too long.