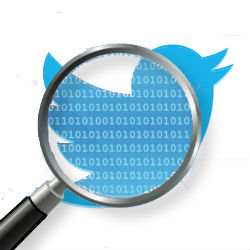 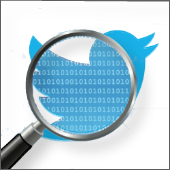 In releasing its latest biannual transparency report on Thursday, Twitter revealed that government requests for user information rose by 46% over the last 6 months.

In all, there were 2,058 information requests from governments in the first half of this year, which Twitter says were typically connected with criminal investigations. Those requests covered a total of 3,131 user accounts, a rise of 48% over the last report.

The report explained that the rise in information requests:

May be attributed to Twitter's ongoing international expansion, but also appears to follow the industry trend. As always, we continue to fight to provide notice to affected users when we're not otherwise prohibited.

With requests coming from 54 countries, 8 of which have never requested user information before, it may not be a surprise to learn that the United States was most active, asking Twitter to provide data on 1,257 occasions.

The US was responsible for 61% of all government requests and enjoyed a high success rate, with Twitter handing over some or all of the requested data 72% of the time.

Japan and Saudi Arabia came second and third in terms of the number of information requests submitted, with 192 and 189 respectively. Neither were as successful as the US in getting their hands on the information they required though.

While 52% of all information requests were complied with in whole or in part, Japan only saw 36% of its demands met and Saudi Arabia was knocked back to the point where only 1% of its requests were acceded to.

The transparency report reveals that countries are not just asking Twitter to provide information: 21 countries asked the social networking site to remove or block content from a total of 723 users’ accounts in the first 6 months of this year, more than double the number of accounts reported two years ago.

Twitter agreed to 9% of those requests, which came via court orders, police forces, governments and other agencies, either in whole or in part.

Interestingly, over a third of the requests in total, and the majority that were backed by a court order, came from Turkey. The Turkish Prime Minister, Recip Tayyip Erdogan, came down hard on social sites earlier this year as he sought to crack down on what he saw as dissent in the run up to the country’s elections.

The government blocked Twitter, YouTube and other sites for a time but enterprising users quickly found ways to circumvent the censorship and access has since been restored.

The transparency report also details copyright takedown notices received between January and June this year. Twitter and Vine combined received over 9,000 such notices over the period, an increase of 27% since the previous reporting period.

The requests covered 9,069 user accounts and encompassed 30,870 tweets and 15,088 pieces of media. Twitter revealed that it responded to takedown notices 76% of the time but did highlight how it informs users how they may file a counter notice if they feel the initial request was made in error.

Twitter’s transparency report was first introduced in 2012 and was inspired by a similar undertaking by Google.

Since that time, many other major companies have also followed suit, publishing details about DMCA takedown notices and government requests to withhold content or reveal user information.

Composite image of code and magnifying glass courtesy of Shutterstock plus Twitter logo.

2 comments on “Twitter: 46% rise in requests for user information by governments”