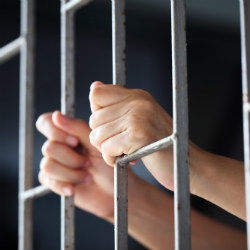 A US federal court on Friday refused to release a Russian man arrested in the Maldives under suspicion of rigging retail point of sale (PoS) systems to rip off credit card details.

The man, 30-year-old Roman Seleznev, is the son of a Russian MP.

Seleznev was arrested in July at an airport, where he was getting ready to return from a holiday with his girlfriend.

He was flown to the US territory of Guam – a grab that infuriated his father and the Russian government, who called it kidnapping.

They also said that in the days leading up to his arrest, he had searched the electronic filing system for US federal courts, looking for his name or his online nicknames in federally filed cases.

One prosecutor said that Seleznev had carefully constrained his extensive international travel to countries that don’t have an extradition treaty with the US, the Associated Press reports.

The Maldives is one such country.

US law enforcement nonetheless managed to nab Seleznev with help from the country’s local authorities.

Russia is still protesting the way the US went about this.

Andrey Yushmanov, Russia’s consul general in Seattle, attended the hearing and reiterated what the country has been saying all along: if the US had a problem with one of its citizens, it should have been in touch with Russia, as opposed to turning to a third-party nation, as it also did when it arrested Russian arms merchant Viktor Bout in Thailand in 2008.

Seleznev had been indicted by a federal grand jury in the Western District of Washington in March 2011.

He faces similar but unrelated charges in Nevada.

He’s accused of stealing hundreds of thousands of credit card numbers from computerised cash registers and selling the data online for at least $2 million (£1.2 million).

The office of US Attorney Jenny A. Durkan said in a statement that Seleznev’s lawyers asked the court to release him on a $1 million bond, secured by $100,000 in cash, and to put him on what basically amounted to house arrest in a Seattle apartment, with electronic home monitoring and no access to computers.

Magistrate Judge James P. Donohue rejected the proposal, saying that Seleznev has no ties to the area, is a frequent international traveler, has large amounts of money in bank accounts around the world, and is computer savvy enough to create bogus travel documents that would enable him to flee.

In arguing for Seleznev to remain in custody, assistant US attorney Norman Barbosa told the court that he hadn’t stopped his criminal behaviour and that his profits had topped $17 million (£10.2 million).

The US hasn’t managed to claw back any of the allegedly stolen funds, Barbosa told the court, meaning that Seleznev would have the funds to skip out if he chose to:

Those funds have remained beyond the reach of US law enforcement, so they are probably almost definitely available to the defendant.

Seleznev has pleaded not guilty to the charges, which reportedly carry a range of potential penalties, with some counts punishable by up to 10 years in prison and a $250,000 fine.

Image of man in jail courtesy of Shutterstock.