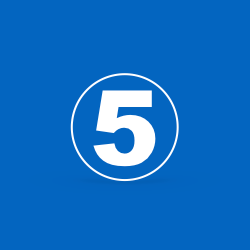 Let’s be honest: computers and websites are often easier and quicker to use if you do nothing about security. You could save several minutes each day!

That’s why it can be handy to have some really good excuses for doing nothing.

Sadly, as we’re sure you have found, once a friend or family member has latched onto a security avoidance excuse, it can be hard to talk them round.

So, here are five excuses that we hear a lot, both from individuals and from small businesses, together with some points you can use to argue back that security really does matter. The reasoning is that cybercrooks just aren’t interested in the local automotive repair shop or cake-making business, because…

But stop to think for a moment: Target doesn’t turn over $70 billion a year by closing 70 deals of $1 billion each.

Target’s business is much more like one billion transactions of $70 each.

And many cybercrooks run just that sort of low-value/high-volume business, for example:

→ We’re all in the sights of cybercrooks somewhere, and we owe it to ourselves and to everyone else to do the best we can to thwart them.

EXCUSE 2. My printer won’t work with the latest updates. Sometimes it’s legacy software that provides the excuse for sticking in the mud of yesterday’s insecurities.

In particular, this is a very common reason we hear for not replacing Windows XP with an more recent operating system that is officially receiving security updates.

We accept that you may have some old hardware devices (lathes or milling machines, for example) that would be vastly expensive to replace, and can only reliably be controlled from XP.

But for everyday computers, you need to ask yourself if keeping yesterday’s printer alive to save the modest purchase cost of a new one is worth the risk of running outdated software.

If you have a security hole that criminals have already had months or years to hone their skills against, they’re going to attack you first, because they already know how to break in.

→ Every time you fall further behind on security updates, you make yourself into lower-hanging fruit for cybercrooks. But whatever sort of computer you have, and whatever operating system it’s running, if it is ever lost or stolen then your data will be in someone else’s hands.

Even if a thief steals your laptop just for the value of the hardware in an immediate cash sale, and even if most stolen laptops are wiped and sold on quickly, not all of them end up that way.

You have to remember that your data has underground value, too, even if only in the form of a bulk “data dump”.

That’s where the intermediary who buys a stolen laptop knows enough (or knows someone who knows enough) to suck off the sector contents off into a giant, unstructured blob of data.

He then sells on that data at a bargain-basement per-gigabyte price to someone else, who knows enough to comb through it to extract nuggets of personal information to sell on to the next crook, and so on.

→ Don’t leave home without full disk encryption, so that the only data dump a crook will get is shredded cabbage.

EXCUSE 4. Security slows your computer to a crawl. But with modern disk encryption software such as BitLocker on Windows and FileVault on OS X, running on modern hardware, you’ll be hard pressed to measure a statistically significant difference in performance, thanks to CPU improvements.

Anti-virus often gets a bad name, too, but we very often find that it only genuinely gets in the way when people needlessly “flip all the switches,” turning on redundant combinations of scanning options that do more work that is necessary.

Similarly, strong passwords and two-factor authentication are often blamed for making software and web sites time-consuming to use, even though they typically add just a few seconds to important transactions.

→ Don’t throw out security altogether to save a little bit of time today, because it could end up costing you many times over tomorrow.

EXCUSE 5. I only browse to safe sites. The thing is, how do you know?

How can you tell in advance that a site is safe?

Remember that even legitimate and high-profile sites may put you at risk, for example because they include poisoned adverts from a third party provider that was hacked.

That’s where web filtering technology can help, because a good web filter not only examines the URLs of the web pages you plan to visit before you even go there, but also checks out the content of web pages you’ve fetched before they are processed by your browser.

→ Don’t assume that all online cybercrime is obvious, even if you’re visiting sites that were just fine yesterday.

The bottom line here is that there a lots of excuses you can find if you want to give yourself an official-sounding reason for being slack with security.

But please don’t do that.

There may, indeed, be some security precautions that are genuinely impractical for you.

Just make sure, when you take on added risk by skipping security steps, that you find some other way to mitigate that risk.

For example, if you stick with XP for the sake of your million-dollar milling machine, use a firewall to segregate the milling machine into a safe corner of the network.

Doing nothing is the easiest option, but it’s also the worst, for you and everyone around you.

Images of gesture of tininess, steampunky typewriter and laptop on wooden table: courtesy of Shutterstock.

13 comments on “5 excuses for doing nothing about computer security!”