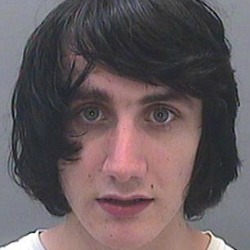 When parents nag their kids about not talking to strangers – not on the street, not on the playground, and definitely not online – this is the kind of guy they’re worried about.

Adam Brown, 21, of south Wales in the UK, was sentenced in Cardiff Crown Court to 14 months in prison after admitting to meeting a child on Facebook, sexually grooming him, and talking him into creeping away from his home in the middle of the night.

The child and his siblings had been staying at his grandmother’s house while his mother worked nights.

But when his mother came home on July 3, the dog was behaving oddly.

When she went to check on her family, the woman found that her son’s bed was empty.

That’s when the distraught mother turned into something of a sleuth.

She started by calling her son’s phone.

He answered, telling her he was just out for a walk.

Prosecutor Gareth James described to the court what she did next:

She got back in her car, found him and confiscated his phone and later his computer, insisting he gave her the passwords.

The conversation she saw online between her son and the defendant made her feel sick.

Brown, who’s changed his name to Logan Brown by deed poll (a legal document used in the UK and other countries to change one’s name), started by posting videos of himself online, telling jokes and inviting people to tell him whether or not he was funny.

Within an hour of the boy – who’s described as a young teenager – having clicked “Like” on the posting, Brown had replied, asked to be his Facebook friend, and started talking about sex.

Next, Brown said that he might kill himself if the boy didn’t reply.

Here’s what James told the court:

He told him he was cute and then made a sexual suggestion.

Then he said he might commit suicide if he didn't reply, and there was an agreement to meet up in a park.

The child left his home in the early hours and the defendant met him and gave him a hug.

The boy thought the whole thing was weird and returned home where his mother immediately contacted Adam Brown and told him to block contact with her son.

But instead, shortly after, he contacted the boy again, telling him, 'I have just spoken to your Mum - you are an amazing guy - all I want is for you to be happy' and following it with 'you and I are [going] to have a good chat later, OK Hun?'

When police arrested him, Brown reportedly said that all he’d wanted was to kiss the boy and that he wouldn’t have done anything else.

Brown’s attorney called his client troubled and vulnerable, telling the court that he’d suffer in prison.

But Recorder Wyn Lloyd Jones said that it was his duty to lock Brown up:

You preyed on the mind of a young boy, threatening to kill yourself and saying he would responsible for assisting a suicide.

Beyond his 14-month sentence, Brown will be on the sex offenders’ register and subject to sexual prevention restrictions for 10 years.

This boy was extraordinarily lucky in having a mother who knew where to look for clues to help her figure out what happened to her son.

Fortunately, he got away after suffering just a weird hug. That can’t be said for other children whom paedophiles groom on Facebook and other sites and then rape and sexually abuse.

A recent case was two UK men who in May were found guilty of grooming girls via Facebook, enticing them into meetings at hotels, cars and alleyways where they then raped and sexually abused victims as young as 13.

This is the modus operandi: paedophiles go online, meet and flatter targets, lie about their ages and/or identities, pretend to be young and/or wealthy and/or celebrities, gain children’s trust, and then abuse them by cajoling them, whether it’s by talking them into taking lewd selfies, creating Skype accounts and then convincing them to strip in front of a camera, sextorting them by threatening to tell parents or share images publicly, or even, as in this case, meeting in real life.

At this point, both Google and Facebook are paving the way for preteen customers.

Guys, here’s hoping you put all the brains you have toward getting it right. Making the internet safer for children is crucial, as this case clearly shows.

To keep you and your family safe on Facebook and other places online, here are 10 tips.