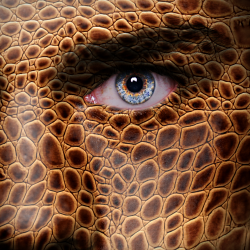 Hackers calling themselves “Lizard Squad” tweeted a bomb threat that forced a plane with Sony Online Entertainment’s president on board to divert for an emergency landing on Sunday.

At the same time, a DDoS (distributed denial of service) attack flooded traffic to Sony’s PlayStation Network, forcing the gaming network offline for a short time.

Lizard Squad claimed responsibility for the attack on the PlayStation Network (PSN), although another hacker also claimed credit for the attack.

Denial of service attacks are a brute-force method of making online systems temporarily inaccessible to their users by bombarding them with more data than they can handle.

In a statement on its blog, Sony Online Entertainment acknowledged the DDoS attacks, while saying no user data had been compromised.

The Twitter threat, which mentioned Smedley along with the claim that the plane may have “explosives on board,” is being investigated by the FBI, as Smedley tweeted from the tarmac at the Phoenix airport on Sunday.

Smedley offered his perspective on the day’s events in real time via Twitter and confirmed on Monday that the FBI is now investigating.

I've had the privilege of seeing the FBI cyber team in action. I assumed they would be low tech guys. I was way, way wrong.

Smedley’s personal ordeal aside, Lizard Squad’s motivation for the attacks on PSN is rather vague.

Unlike previous attacks on Sony by the hacker collective Anonymous, which the group attributed to the company’s support for the proposed US law known as SOPA (Stop Online Piracy Act), Lizard Squad’s attacks don’t appear to be a reaction to any specific events.

In a tweet, Lizard Squad asserted that Sony isn’t spending its “waves of cash” on the PSN service, and criticized the company’s “greed.”

Sony, yet another large company, but they aren't spending the waves of cash they obtain on their customers' PSN service. End the greed.

Lizard Squad’s stream of tweets included repeated taunts of the FBI, and boldly claimed, “You can’t arrest me im god.”

Smedley sounded confident on Sunday that the mysterious Lizard Squad will be found and arrested, tweeting that “justice will find these guys.” Yes. My plane was diverted. Not going to discuss more than that. Justice will find these guys.

With the FBI’s recent track record of successfully cracking down on cybercrime, I think Smedley’s confidence is justified.

What are your thoughts? Let us know in the comments below.

Image of lizard skin pattern on face courtesy of Shutterstock.