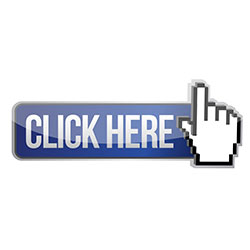 Facebook is cracking down on those click-baiting stories – you know, the ones that say:

“YOU WOULD NOT BELIEVE WHAT THIS GIRL DID NEXT”

“Watch what happens when this guy puts a BATTERY in a MICROWAVE.”

Facebook’s had enough, it says.

Click-baiting is when someone posts a link with a headline that sounds AMAZINGLY INTRIGUING, but doesn’t actually tell the person reading the post much about what the article is about. Because these posts sound so interesting, they get lots of clicks, Facebook ranks them higher and they get displayed in more people’s news feeds.

Click-bating is also a method used by scammers, such as the survey scam which started with the post “OMG – I just hate RIHANNA after watching this video” or the variety of scams which start with the post “Girl killed herself, after her dad posted This to her Wall“.

So how will Facebook decide what is click-baiting and what isn’t?

It’s going to start measuring how long people spend on a site after clicking on a link posted on Facebook. If someone clicks on something and spends a long time looking at it, then the chances are that the post was useful. If they click back to Facebook straight away, it probably wasn’t.

Facebook is also going to start comparing the amount of people clicking on the post to the number of people discussing and sharing the same post with their friends.

Facebook is also starting to discourage people from posting photos with a link in the caption.

We’ve found that people often prefer to click on links that are displayed in the link format (which appears when you paste a link while drafting a post), rather than links that are buried in photo captions. The link format shows some additional information associated with the link, such as the beginning of the article, which makes it easier for someone to decide if they want to click through.

From now on, the best way to share a link will be to paste the link straight in to your post update, rather than linking straight from a photo.

So there you go, fewer spammy stories but also fewer hilarious headlines. Don’t worry, there’s a website for that – generate your own headlines here.

5 comments on “OMG, you would not BELIEVE what Facebook thinks about click-baiting”