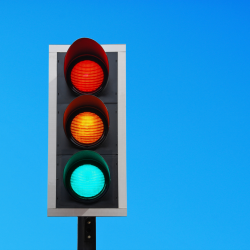 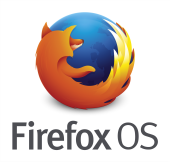 Mozilla’s mobile platform, Firefox OS, is behind Android in just about every way.

The year-old Firefox OS is not even in the same league in market penetration, and is available on just seven smartphones from five carriers and in 15 countries.

But in one important respect, privacy, Firefox OS is trying to move ahead of Google’s Android by offering granular application permissions, giving users more control over what data apps can gather from their devices.

According to a blog post from Frederik Braun, a Mozilla security engineer, Firefox OS version 2.1 will give users the ability to revoke permissions on a granular level for any “Privileged” app downloaded from the Firefox Marketplace.

Similar to Apple’s iOS, Firefox OS already prompts users for permission to access certain functions, such as geolocation, use of the camera or recording audio.

Permissions are different for every app, and are generated by the app developers in accordance with Mozilla’s app manifest. Braun says app permissions to use geolocation and the camera or microphone are “meaningful” and “human understandable,” making it easy for a typical user to make an informed choice.

In the example Braun gives, if a map app wants to know a user’s location, Firefox OS shows a prompt screen asking if you want to “Share” or “Don’t Share” your location with the app (see screenshot).

Users can save their choice so the app won’t prompt them again.

Firefox OS version 2.1 (which is not slated for release until sometime after November 2014) will go one step further for more tech-savvy users and “paranoid privacy enthusiasts,” Braun said.

For permissions with more technical or lengthy descriptions, what Braun calls “Verbose App Permissions,” users can go into the developer settings and see all of the permissions an app has and set them individually to Allow, Prompt or Deny.

That’s a rather verbose way of saying Firefox OS 2.1 will offer users more control and better choices for their privacy.

Android asks permission, but is it “human understandable”? It’s true that a typical user might not need granular control over every single permission – plenty of us simply don’t bother with things like reading lengthy permissions or online privacy policies.

But whereas Mozilla is moving the direction of more control for app users, Google has moved in the opposite direction.

Although Android 4.3 allowed users granular control over permissions (with a hidden feature called App Ops), that feature was removed in Android 4.4.2.

Google offered the explanation that its up-front, all-or-nothing approach to permissions is simpler and “easier to understand.”

But that hasn’t turned out to be the case.

The recent fuss over the permissions sought by the Facebook Messenger app is a prime example of how Google’s “simplified” permissions can be confusing and, in some cases, a little scary.

In the case of Facebook Messenger, many people struggled to understand why a messenger app would need permission up front to access the device’s camera and microphone.

This spawned rumors that Facebook was looking to secretly record people’s phone calls.

Of course, there’s a good reason for a messenger app to access your microphone: that’s the only way to use the app to make phone calls or video calls with audio.

But why grant that permission before you even run the app for the first time, just in case you ever do decide to make a video call later on?

For example, why not leave the camera off-limits by default until the app actually needs it, and then invite you to enable it, with the option to make that choice temporary or permanent?

Permissions, opting in, and why it matters

It’s not just the tech-savvy or paranoid who should have control over how apps behave – all of us have a right to privacy.

But many apps are guilty of disguising, or poorly explaining, what they do with your information.

Last year, the US Federal Trade Commission slapped sanctions on the makers of a hugely popular free app called the Brightest Flashlight, which tracked users’ location and sold that data to advertisers.

This app acted as if it was asking your permission to track you, by showing a [Refuse] button, but the app tracked your location regardless.

That might be an extreme example, but other apps that use geolocation permissions seem to abuse the privilege.

Foursquare, which came out with a new version of its app this month, tracks your background location whenever your phone is on – even if the app isn’t running.

This kind of tracking, which uses nearby Wi-Fi signals, cell towers, and GPS to pinpoint your location, can be useful for the app’s purpose of feeding you notifications of stuff nearby you might want to check out.

But by setting this location feature by default, Foursquare assumes users want to have their location tracked at all times, without asking for permission.

Firefox OS is a welcome attempt to adjust what’s become more commonplace in our technology – the appearance of choice rather than real control for the user.