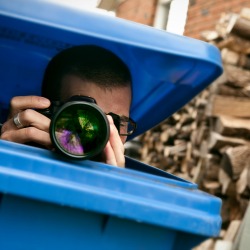 No, Facebook Messenger will not secretly take video of you, listen to your phone calls, or tap into your brain to get all your secret thoughts.

After a long build-up of rumors surrounding the Messenger app’s required permissions to access the device’s camera and microphone, Facebook is finally attempting to set the record straight.

Facebook recently began forcing mobile users to download Messenger to continue using the chat function that was previously contained within the Facebook app, and that has spurred some user griping and negative reviews in app stores.

But the real source of resentment seems be a lack of understanding about how app permissions work, thanks partly to some misreporting of the facts on websites like the Huffington Post.

And, like internet rumors tend to do (hello Talking Angela!), this one’s whipped people up into a fear frenzy.

So Facebook has taken an unusually proactive effort at quashing the Messenger myths.

In a brief article titled “Get the Facts About Messenger,” Facebook’s Peter Martinazzi explains that Messenger won’t “turn on your camera or microphone when you aren’t using the app.”

Facebook is also pushing out in-app notifications to some Messenger users linking to the article, according to a report from TheNextWeb.

Martinazzi explains that Messenger needs permission to access the camera and microphone for the app to make voice and video calls.

So why are so many people convinced that Messenger is a Trojan horse? Partly, it’s because Android users need to approve a lengthy list of permissions in Google Play before downloading the app – and Google’s explanations of those permissions leave a lot to the imagination.

In a previously-published help article on Facebook.com, the company explained that the language used to describe Android permissions is set by Google, even if it doesn’t “necessarily reflect the way the Messenger app and other apps use them.”

It’s not Facebook’s fault that Google doesn’t make descriptions of app permissions more clear, or doesn’t give users the opportunity to accept permissions only when they want to use a feature like video calling.

But that hasn’t stopped the rumor mill.

Internet rumors like the Facebook Messenger app spying accusations feed off of misinformation or a lack of information.

Facebook might have avoided some of the grief it’s now getting if it had done a better job at communicating why users need to download Messenger in the first place.

Facebook is now attempting to explain that, as in this portion of Martinazzi’s article:

Why we're asking people to install Messenger - We're committed to providing a fast, reliable and fun messaging app that anyone in the world can use to reach the people who matter to them. That's why we're focusing just on Messenger and moving messages out of the Facebook app. People usually respond about 20% faster when they have Messenger, and we think they'll find both apps useful in different ways. We hope you'll try out Messenger and enjoy everything else you can do with the app, like chatting with groups and sending stickers.

Actually, Facebook is not merely “asking people to install” Messenger – it’s required if you want to keep using the chat feature. But that might not be such a bad thing, as Naked Security experts Chester Wisniewski and Paul Ducklin said in their Chet Chat podcast last week.

By splitting Facebook into two apps – one for posting updates and following your newsfeed, and one for messaging, phone and video calls – now you have more options for privacy.

As Chet says in the podcast:

Now that they've taken out the stuff like the microphone and the video stuff that I didn't really want, into a separate app, I feel a lot more comfortable loading the original app now.

I think separating those things out into some sensible, logical categories of - hey, this thing needs SMS and video and sound because it's all about talking and sharing in real time with your friends, and this other thing doesn't - is kind of a good thing.

Facebook has actually done something right, and it seems it’s being punished for its past poor behavior.

(You can listen to the Facebook Messenger discussion starting at the 8’01” mark of the podcast embedded below.)

Audio player above not working? Download MP3, or listen on Soundcloud.