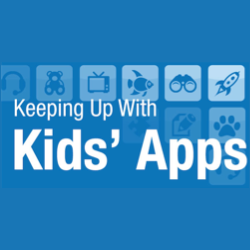 The US Federal Trade Commission (FTC), which looks after consumer rights in the US, has announced a settlement with Google.

Google will stump up $19,000,000 to refund Android users whose children, says the FTC, were able rack up in-app purchases too easily.

FTC settlements aren’t admissions of guilt; nor do the amounts paid over constitute fines.

If you want to be cynical, they’re a mechanism for buying your way out of trouble – paying, if you like, to make potential civil or criminal charges disappear.

On the other hand, they’re a great way for the FTC to stick up for consumers: a sort of “class action” without the protracted public posturing of an adversarial court case.

The FTC’s point is that it shouldn’t be too easy for kids who are playing an Android game – one that is clearly targeting kids – to click buttons that bill their parents in real money for shiny virtual objects for the game.

That, you can argue, is a bit like a bricks-and-mortar store encouraging kids to pick toys up and walk out of the store with them without asking their parents, and then automatically billing their parents’ credit cards.

The FTC says that Google should have been more responsible in how it orchestrated in-app purchases when it knew that a child would be at the wheel.

Back in 2012, Google did add a popup dialog to the in-app purchasing system so that children couldn’t buy things without handing the device to a parent first.

But, as in the recent $32m FTC settlement with Apple, Google was censured for simply asking for the password, without making it clear what the purchase was for.

Worse still, argued the FTC, Google didn’t make it clear that entering your password now would give your kids a 30-minute window to make additional purchases without needing the password again:

It seems you can buy a lot of Enchanted Swords and Battle Ostriches in half an hour, especially if all you have to you is click a button.

Not all Google’s fault

Of course, it’s not all Google’s fault.

As a parent, you have to shoulder some of the responsibility: if your kids are racking up charges against your credit card, that probably means you’re letting them have unsupervised access to your device.

That’s probably the same device that is configured so that it’s easy for you to read and send corporate email, automatically sync changed data with other computers you use, access your social networking accounts, and much more.

And, let’s face it, if your kids can rack up $200 of charges for Enchanted Swords and Battle Ostriches without you realising, what other security SNAFUs might they wreak while they’re about it?

But if your kids were inadvertently to post photos, or accidentally send out contact and calendar data, they’d be helping you to blow other people’s privacy.

What to do about apps for kids

The FTC has a great infographic (who said security has to be dull!) with simple but very effective advice: The best way to check out apps for your kids? Try them out yourself.