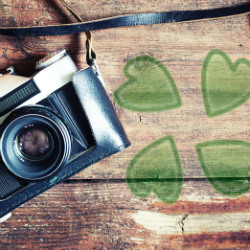 4chan, the slap-happy imageboard that’s spawned or popularized internet memes such as Rickrolling and lolcats and more recently served as a launchpad for the doxing of 100 celebrities’ nude selfies, has decided to revise its policies to deal with similar foul-ups.

The new policy stipulates that the site will now comply with the Digital Millennium Copyright Act (DMCA), which allows content owners to get illegally shared material removed.

4Chan has also appointed a member of staff to oversee content takedown requests.

The move comes in the wake of nude photos of Oscar-winning Hunger Games actress Jennifer Lawrence and of 99 other celebrities having been posted online by one – or possibly a loosely affiliated network – of 4chan users.

Many of the private photos were pried out of Apple’s iCloud storage system.

As the BBC reports, up until now, there’s been little formal policing of content on the site – in part having to do with the fact that an upper limit on how much material the site’s boards can support means that content tends to expire within a few hours.

The first reaction in cases like this is typically to advise that people simply avoid taking digital snaps of their pink parts in the first place.

Yes. That would work.

Unfortunately, we’re human, and we’ll probably do it anyway.

But when we focus on telling victims not to take nude selfies, we’re putting the onus on them to change their behaviour, rather than focusing on other culpable parties.

In this case, of course, the culpable parties include the slobbering money-grubber 4chan poster who “collected” and publicised these images, as well as the private parties who were trading them last week and from whom he claims to have procured the shots.

But of course, slime trails are traceable, and both the FBI and Apple said they’re following this particular trail to track down the thief who took celebrities’ personal, private images.

Shouldn’t we also hold Apple as culpable to at least the same level as we hold humans who dare to take selfies? If not far more?

Naked Security’s Chester Wisniewski has been covering the feebleness of Apple’s iCloud protection for a while.

As he recently noted with regards to the celebrity photo grand theft, Apple says it hasn’t found evidence of security breaches in iCloud or Find my iPhone, and that users should always use a strong password and enable two-factor verification.

That sounds great. In fact, much news coverage is reiterating Apple’s advice, advising readers to turn on two-step verification (2SV) and choose a strong password to avoid getting nude selfies stolen.

Unfortunately, Apple’s 2SV doesn’t actually protect anything in the cloud.

Apple protects only these three specific applications of your Apple ID with 2SV:

… but when it comes to iCloud, Apple is evidently loathe to tinker with its glass-smooth user experience.

That turns Apple’s advice about turning on 2SV into a mere coating of Teflon, sprayed on in an attempt to get the security onus to slide off of its hide.

Image of camera courtesy of Shutterstock.