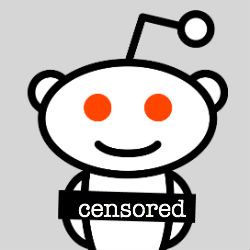 On Saturday, Reddit banned r/TheFappening, a subreddit in which people were sharing the nude celebrity photos that were leaked last week.

While the original publication of around 100 different celebrities’ private pics began on the 4chan message board, further publication and commenting on the images quickly moved to r/TheFappening.

According to johnsmcjohn, who claims to have created the subreddit, TheFappening received over 250 million page views since it was created less than a month ago, the majority of which presumably coincided with the publication of the nude images.

At around the same time that the subreddit was banned, CEO Yishan Wong wrote a blog post titled “Every Man is Responsible For His Own Soul” (since updated), which defended Reddit as an open platform:

We uphold the ideal of free speech on reddit as much as possible not because we are legally bound to, but because we believe that you - the user - has the right to choose between right and wrong, good and evil, and that it is your responsibility to do so. When you know something is right, you should choose to do it. But as much as possible, we will not force you to do it.

This caused confusion, because it seemed like the very thing Wong was defending had been removed from Reddit.

We would handle the DMCA requests as they came in, and recommend that the rights holders contact the company hosting these images so that they could be removed...  We continued to receive DMCA takedowns as these images were constantly rehosted and linked to on reddit, and in response we continued to remove what we were legally obligated to.

While Reddit, which has a history of promoting free speech, does not appear to have bent over to every request, it did spot a problem – some of the images, said to be of American gymnast McKayla Maroney, were reportedly taken underage. As such, Reddit was leaving itself open to claims of publishing child pornography.

Harvey explained that the removal of images was a never-ending battle that the SysAdmins couldn’t hope to win:

The images which were DMCAd were continually being reposted constantly on the subreddit. We would takedown images (thumbnails) in response to those DMCAs, but it quickly devolved into a game of whack-a-mole. We'd execute a takedown, someone would adjust, reupload, and then repeat. This same practice was occurring with the underage photos, requiring our constant intervention.

Whether such an answer placates the majority of Reddit users is debatable but there are certainly some who still have questions, such as why other deplorable subs are still in operation:

Neetzan Zimmerman, the former editor of Gawker, questioned why r/SexWithDogs was still allowed.

While he didn’t receive an official answer, Harvey’s Reddit post ended with a Q&A in which such a query was tackled thus:

Q: Why aren't you banning these other subreddits which contain deplorable content?!

A: We remove what we're required to remove by law, and what violates any rules which we have set forth. Beyond that, we feel it is necessary to maintain as neutral a platform as possible, and to let the communities on reddit be represented by the actions of the people who participate in them.