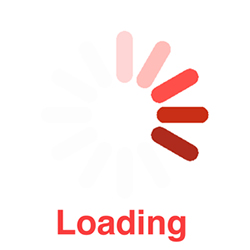 The spinning wheel of death took over much of the internet on Wednesday, as companies displayed the “page loading” symbol to remind people what an internet without net neutrality would look like and to drive public comment to lawmakers.

The internet didn’t really slow down.

It was, rather, a display to illustrate what we might have to deal with if the participating companies were forced to pay more to ISPs in order to deliver service that customers could live with.

That same scenario, it’s feared, entails a stuttering-video, slow-loading-time service that we’d be stuck in if we didn’t pay our way out of it.

The participating entities included image and video streaming companies such as Netflix, Vimeo, Imgur, and Tumblr; news sites like Digg and Reddit; Kickstarter; plus Firefox browser developer Mozilla and WordPress – the engine that runs beneath some of the biggest blogs on the internet.

Participating entities and individuals are listed on the homepage of Battle for the Net, which rallied the net neutrality forces and provided code for the page-loading icons.

Under consideration have been proposals put forth in May 2014 that could leave the door open for internet service providers (ISPs) to give preferential treatment to those who shell out for it.

It’s been dubbed an internet “fast lane”, and the prospect is considered an unfair advantage to those who pay for better, faster service – one that could mean slower connections for those who can’t or won’t pay.

Clicking on the wheels of deaths on the participating sites were leading users to ways to protest the proposed rules, including by signing a petition or being able to send an email or to call the appropriate US senator.

The symbolic spinning circles will should have now vacated the sites by now.

If not, don’t blame internet slowdown day – you might need to reboot your router.