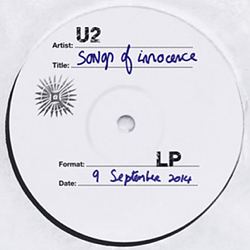 Apple has just brought a whole new dimension to the issue of opt in versus opt out.

These days, a lot of the internet is “opt out”, meaning that when companies such as software vendors, web sites and social network services introduce a fantastic new feature (one that’s to their advantage for you to use), they turn it on by default.

After all, the feature is so good that you’ll be at a disadvantage if you miss out, so you’ll be delighted – grateful, even – to have it activated automatically, for free, right now.

If you aren’t one of the happy majority, that’s no problem: just opt out at your leisure.

Typically, that means clicking through one or more levels of menus, dialogs and options until you find the place to turn the feature off (or, in some back-to-front cases, find where to turn on a feature to inhibit it).

Here at Naked Security, we generally prefer “opt in,” where nothing happens until you decide it should.

Being allowed to opt in has many advantages: it removes surprise; it isn’t presumptuous; it encourages involved and informed choice; and it just seems like the right and respectful thing to do.

After all, if my fantastic new features are, indeed, fantastic, then you’ll willingly rush to the tick-box that turns them on.

And if there’s one technology company that can attract a willing rush of early adopters to tick its product boxes, it’s Apple.

So with Apple having announced the iPhone 6/6+, the Apple Watch, and its tap-to-pay service Apple Pay during its Apple Live 2014 event, the smart money is on lots of people opting in, with their own after-tax income, as each of these products becomes available.

→ I’m reserving judgement on the Apple Watch, or WATCH as the logo puts it. Retro is cool, and sometimes even surprisingly practical  – like buying a bicycle made out of high-tensile steel instead of carbon fibre – but anything that resembles an early 1970s digital watch is, in my book, merely chunkily clunky. But I digress.

Of course, Apple also announced on Apple Day that it was releasing U2’s latest album on iTunes.

Strictly speaking, you can’t actually buy the album yet: it’s on iTunes only.

That nevertheless makes it the biggest album release in history, apparently.

In fact, it may well be the biggest selling album already, by some measures of “selling,” because it seems its availability on iTunes is not opt-in.

Apple has already published it to everyone who uses iTunes: it’s not so much “free” as “compulsory.”

To be fair, the actual music files for the songs aren’t fetched to your device, unless you have the non-default Automatic Downloads option turned on.

But you automatically own the album, although the songs may show up with cloud icons to denote that you haven’t actually listened to them yet. In other words, the album is on your device, even if the songs are there in name only.

So you don’t so much choose it as have it chosen for you.

I can’t put my finger on it, but from a security and privacy point of view, that just doesn’t seem quite right, especially for an album called Songs of Innocence.

Somehow, it doesn’t feel like a very innocent way of selling the biggest album release in history.

And it’s a funny sort of “free”, where instead of being free to choose, you’re not free not to choose, something that the mathematician in me finds unsatisfactorily non-equivalent.