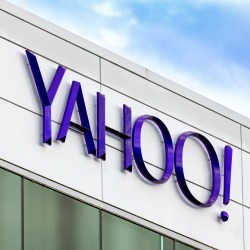 In the post-Snowden era many web firms came in for criticism over their apparent willingness to bend over for the NSA as the agency went on a massive data grab.

Now, however, Yahoo has revealed how much it would have cost the company to disregard government data requests – a cool quarter of a million dollars per day.

In a blog post yesterday, the firm said it soon hopes to release more than 1500 previously secret papers which will reveal the full extent of its legal challenge to what the company says was overreaching surveillance:

In 2007, the U.S. Government amended a key law to demand user information from online services. We refused to comply with what we viewed as unconstitutional and overbroad surveillance and challenged the U.S. Government’s authority.

The released documents underscore how we had to fight every step of the way to challenge the U.S. Government’s surveillance efforts. At one point, the U.S. Government threatened the imposition of $250,000 in fines per day if we refused to comply.

Yahoo’s general counsel, Rob Bell, who wrote the blog post, says the government first approached the company in 2007 after it amended a law to grant itself the power to demand user data from online services.

Yahoo, he says, made a legal challenge to those requests but was shot down initially and then failed again on appeal. The secretive Foreign Intelligence Surveillance Court (FISC) then ordered the company to comply with the government’s requests and all the hearing notes and records from the proceedings were classified until 2013 when only the judgement was made public.

The declassification of most of the documents – some portions still remain unavailable and unknown to Yahoo – is seen as a victory of sorts by Bell who called it an “important win for transparency”.

Bell added that the 1500 declassified papers will be made available to the public in due course via Yahoo’s Tumblr platform.

In the mean time, the company will continue to push the FISC to release more documentation from its 2007-2008 case now that the FISC-R case has been resolved.

Bell finished by reassuring customers that Yahoo has always been on the side of its users:

Users come first at Yahoo. We treat public safety with the utmost seriousness, but we are also committed to protecting users’ data. We will continue to contest requests and laws that we consider unlawful, unclear, or overbroad.

Patrick Toomey, a staff attorney with the American Civil Liberties Union’s national security project, told the Guardian that the documents he had reviewed suggested that Yahoo “had challenged the warrantless wiretapping program more than any other of its competitors.”

But what about other tech firms? Now that the courts have unsealed documents relating to Yahoo, it’s possible we’ll hear more about how other large firms did – or did not – try to protect their users by fending off the government’s overt surveillance attempts.

4 comments on “US government “threatened” Yahoo with daily $250,000 fines over user data”