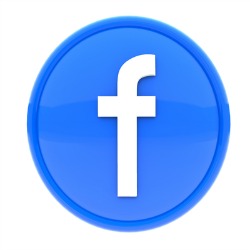 Facebook has announced yet more slants to its constant ad fiddling.

Namely, it says it’s going to do two things to try to avoid users clicking that dreaded “hide” option on the ads in our newsfeeds.

First: after we tell Facebook that we don’t want to see an ad, it will ask us to explain ourselves.

“Help us understand the problem,” it will ask in its best Freudian accent as we stretch out on the couch and it grabs a notepad.

The choices for why we don’t want to see ads will include: The second ad move Facebook’s making is to pay more attention to feedback from quiet people: i.e., those who don’t often hide ads.

Because they don’t hide ads much, when they do hide them, those ads must be ultra bad, the thinking goes.

If someone hides things very rarely, we’ll consider that when we choose what to show them. If we think there is even a small chance they might hide an ad, we won’t show it to them. This affects the type of ads we show everyone, but has a bigger impact for people who don’t often hide ads.

When Facebook tested the “listen closely to quiet people” update, it saw that people who rarely hide ads ended up hiding 30 percent fewer ads with the change.

Facebook took that to mean that by listening carefully, it can show better ads – even to those who aren’t very vocal.

But who knows? Maybe the quiet ones have slipped further still into advertising-induced comas.

To keep up with all things Zuckerberg and beyond, consider liking Naked Security’s page on Facebook.

How’s this for a motto: We don’t target ads; we eyeball the targeters!