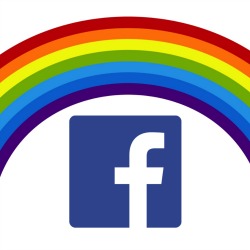 Facebook was scheduled to meet yesterday with San Francisco activists and city officials over its real-name policy, which many say discriminates against the LGBT community.

It states that, for the purposes of keeping the community safe, only “legal” names are allowed when registering an account, such as names that appear on passports, credit cards or licenses – no pseudonyms, no wonky punctuation, no nicknames.

What’s new is that Facebook’s been cracking down on those who don’t abide by the policy, going so far as to lock many transgendered people and drag queens out of their accounts.

Mashable points to one such person, the drag performer Sister Roma, a member The Sisters of Perpetual Indulgence – a drag group that the news outlet calls a “venerable” San Francisco institution – who it said was among the first to raise the alarm when she was locked out of her Facebook account.

Facebook’s crackdown forced Roma to change the name on her account to the legal name that shows up on her passport and which she says she hasn’t used for nearly 30 years:

The hashtag #MyNameIs is being used on Twitter to bring attention to the crackdown and to the meeting.

Twitter user “AKA Double Cakes” on Monday shared the account-suspension notice she received: My account has been suspended. After my article about the right to self-identify was shared a bunch. #mynameis

Sister Roma said in one of many Facebook posts that she’s been overwhelmed by the many stories she’s heard from people forced to use their legal identities:

I am overwhelmed and moved to tears by the literally hundreds of emails I have received from people who are sharing their compelling stories explaining why they don't use their "real" name on Facebook. I want you all to know that you are not alone, there are many people who were abused, shunned, discriminated against, fought custody battles, survived addiction, and maintain profiles that are very real and very separate from your legal identity. You are REAL, you are important, and your voice will be heard. I am trying my best to reply to everyone. I appreciate you all. Stay strong and safe and be proud of who you are!

Facebook isn’t the first online entity to go through this.

But as it tried to drain the fetid swamp of YouTube spam and other nastiness, Google asked users to sync their YouTube account to their Google+ account, meaning that every time they commented on a YouTube video, their real name would appear.

Naked Security noted at the time how we felt the company was missing the opportunity to bridge the gap between privacy and openness, and hoped that it would re-evaluate its policy in time.

After years of criticism, Google dropped its real-name policy in July 2014.

Now, it looks as though Facebook might have to learn the same lessons that Google eventually took to heart.

When Google announced it had dropped the real-name policy, at least one commenter, Chris Chase, asked whether the change would mean a YouTube that would revert to what he memorably referred to as “a steaming pile of monkey sh*t.”

Google+ chief architect Yonatan Zunger responded, saying that Google had benefitted from two years of research that had given it a “much better understanding of what turned [YouTube comments] into the wretched hive of scum and villainy we all know.”

Besides, he said, the timing was right, given how adept Google’s “troll-smashing department” had become over time.

The Facebook crew works hard to fine-tune tools to report objectionable content and to keep Facebooklandia as safe a place as possible.

It doesn’t always get it right, as the tragedies of cyberbullying and the grooming of children by pedophiles makes clear.

But if Google can master the science and art of letting people use names that shield their privacy, there’s certainly hope for Facebook to do the same.

Let’s hope that after its representatives walk out of the meeting with San Francisco’s civic leaders, they’ll have a much clearer idea of why they should.

Image of rainbow courtesy of Shutterstock.