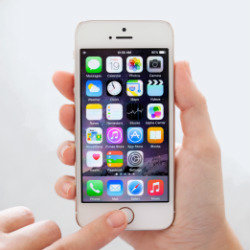 On Wednesday, Apple released iOS 8.0.1 – an update to its major new mobile operating system – and thereby knocked cellular service out and disabled Touch ID for many users of its latest iPhone 6 and 6 Plus gadgets.

Users were unhappy and to add insult to injury, many of them couldn’t even use their phones to gripe at Apple, as Twitter users moaned: The hashtag #ios8bugs is turning up a medley of other lamentations, such as stalling, crashing, and more: Judie Najarian @BoomerLivenLife
@LindaSpalla @Apple Often, I can't even slide to answer my phone. Every app stalls and or crashes. So frustrating. #iOS8bugs is bugging me!
1:08 PM - 25 Sep 2014

Apple confirmed the issues on Thursday in a support document that instructed users how to reinstall iOS 8.

An iOS 8.0.2 update is in the works, and it will also contain a fix for a significant HealthKit bug that popped up just ahead of the public release of iOS 8, Apple says.

MacRumors reports that we don’t have the details for the HealthKit problem.

What an unhealthy week for Apple! The iOS 8.0.1 update caused gadgets to develop laryngitis, with calls being blocked.

Pundits pondered whether the iPhone 6 Plus’s bendability – it’s got some serious spinal curvature going on, there – could hurt sales.

And now, HealthKit is paralyzed.

Hope it feels better soon, for the sake of all you people with iOS gadgets!