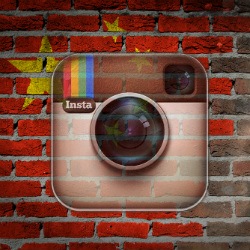 China has blocked Facebook’s photo-sharing site Instagram, as pro-democracy protesters flooded the Central financial district in Hong Kong on Monday and chronicled it all by flooding social media sites with #OccupyCentral hashtagged images.

One such Instagram image shows hundreds of office workers roaming the district, in solidarity with those pushing back against Beijing’s decision to limit democratic reforms in the Asian financial hub. Reuters cites numerous reports about China’s blockage of Instagram, including from Hong Kong-based reporters with the New York Times.

Instagram was showing up yesterday as blocked on the BlockedInChina site: And the Great Fire censorship monitoring site confirmed that Instagram was blocked on Monday, with conflicting reports of blockage having started on Sunday.

The government may have succeeded in keeping mainland citizens from following what’s happening in the streets of Hong Kong, but – as Reuters points out – that won’t stop Hong Kong users from posting on social media, nor will it stop people in other countries from seeing the images.

Image of China’s flag on brick wall courtesy of Shutterstock.