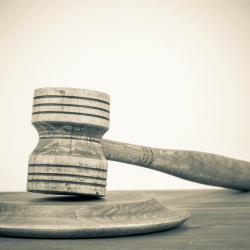 The plaintiffs include several bookstores, the American Civil Liberties Union (ACLU), the Freedom to Read Foundation, the American Association of Publishers and the National Press Photographers Association.

Arizona is ground zero for challenging the constitutionality of those laws.

The coalition has filed a lawsuit in that state, charging that Arizona has signed into law an overly broad revenge-porn bill that “criminalizes the display, publication, and sale of non-obscene images fully protected by the First Amendment.”

According to the suit, each of these actions is a felony under the law, punishable by up to three years and nine months in prison:

Michael Bamberger, one of the ACLU’s attorneys on the case, told The National Law Journal that out of all the revenge-porn laws, Arizona’s is likely the worst, given that it doesn’t limit itself to criminalizing malicious disclosures:

If you’re wondering how such laws have been passed without issues coming to light of their overly broad reach and lack of inclusion of things as basic as malicious intent, join the club.

The issues with the laws have been a topic on law blogs for a while, at any rate.

But those laws have got to be sturdier than what’s being put on the books now.

Hopefully, this lawsuit will spur lawmakers on to more thoughtful, more legally sophisticated drafting of legislation.