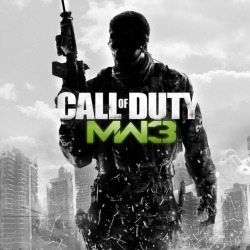 Hackers from Australia, Canada and the US have been charged with breaking into the networks of games developers and the US Army to steal software worth at least $100m, according to prosecutors.

The Department of Justice says the alleged cyber theft included ‘Call of Duty: Modern Warfare 3’ as well as ‘Gears of War 3’, both of which were snatched prior to release.

The group also allegedly stole Apache helicopter training software from the US military, possibly to sell on to Call of Duty players to help them get that attack helicopter 7-killstreak reward.

Nathan Leroux, 20, of Bowie, Maryland; Sanadodeh Nesheiwat, 28, of Washington, New Jersey; David Pokora, 22, of Ontario, Canada; and Austin Alcala, 18, of McCordsville, Indiana were charged by a federal grand jury in the District of Delaware on April 23, 2014 in an 18-count indictment that was unsealed yesterday.

A fifth defendant, identified only as an Australian citizen, has also been charged under Australian law for his alleged involvement in the conspiracy.

The indictment and other court records allege that the four men, plus the Australian and others, broke into computer networks belonging to Microsoft, Epic Games, Valve, Zombie Studios and the US Army through a variety of methods including SQL injection and the use of login credentials stolen from employees of the respective companies and their development partners.

Once they’d got in to the networks, it’s alleged the hackers stole pre-release software as well as source code, trade secrets and other copyrighted and confidential information. Fortunately, there is no suggestion that any customer data was accessed during the intrusions.

Two of the accused have already entered a guilty plea, including a Canadian resident, which marks the first ever conviction of a foreign national over hacking into US firms to steal trade secrets.

Assistant Attorney General Leslie Caldwell said the American economy is fuelled by innovation but its value could only be ensured through its protection, noting that the guilty pleas prove a determination to keep intellectual property out of the hands of hackers, both domestic and foreign.

In a statement, he added:

Electronic breaking and entering of computer networks and the digital looting of identities and intellectual property have become much too common. These are not harmless crimes, and those who commit them should not believe they are safely beyond our reach.

Prosecutors have estimated the value of the allegedly stolen intellectual property and other losses at between $100 million and $200 million while officials say they recovered $620,000 in cash and other valuables from the defendants.

The two defendants to have pleaded guilty – Pokora and Nesheiwat – are due to be sentenced on January 13 2015.

The FBI continues to investigate in conjunction with the Criminal Division’s Office of International Affairs, the US Department of Homeland Security’s Homeland Security Investigations and Customs and Border Patrol, and the US Postal Inspection Service.

US investigators also continue to receive assistance from the Western Australia Police and the Peel Regional Police of Ontario, Canada.