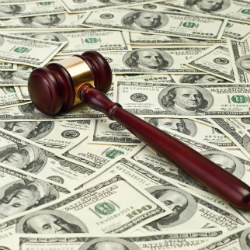 Google has responded to a letter written by a lawyer on behalf of a dozen celebrities whose nude photos were stolen and published online.

The letter, dated 1 October, threatened Google with a $100 million lawsuit for failing to respond to Digital Millennium Copyright Act (DMCA) takedown notices on YouTube and BlogSpot.

The lawyer, Marty Singer, said in the letter that the company’s “don’t be evil” motto is “a sham”, and that the search giant is the internet equivalent of the National Football League (NFL) when it comes to shabby treatment of women.

From the letter, which The Hollywood Reporter got hold of:

If your wives, daughters or relatives were the victims of such blatant violations of basic human rights, surely you would take appropriate action.

But because the victims are celebrities with valuable publicity rights, you do nothing - nothing but collect millions of dollars in advertising revenue from your co-conspirator advertising partners as you seek to capitalize on this scandal rather than quash it.

Singer’s letter called Google’s failure to remove his clients’ images “despicable, reprehensible conduct” – not merely because Google hasn’t been taking the photos down quickly, but also because the company’s “knowingly accommodating, facilitating and perpetuating” the unlawful theft of images.

A Google spokesperson’s told the Independent:

We've removed tens of thousands of pictures - within hours of the requests being made - and we have closed hundreds of accounts. The internet is used for many good things. Stealing people’s private photos is not one of them.

This is yet more fallout of Celebgate: the serial doxing of mostly female celebrities’ nude photos that began in September.

If you’re wondering who the celebrities are behind the threatened $100 million lawsuit, well, we can’t help out, given that Singer didn’t name his clients. It could be just about anybody in Hollywood.

But the big names have included Jennifer Lawrence, Rihanna, Kim Kardashian, and Vanessa Hudgens, among many others.

When Celebgate first broke into headlines, fingers pointed at Apple – an understandable mistake, given that many of the photos had been jimmied out of celebrities’ iCloud storage.

But while suspicions initially swirled around an attack having come via an exploit of an iCloud weakness, it turned out instead that users had been hit with what Apple called a “very targeted attack” on user names, passwords and security questions, via brute-force password/security question guessing and/or phishing.

Apple was in the bull’s-eye during the initial blame game, but Google came into focus soon after.

Within days of the stolen images being published, attorneys for Detroit Tigers pitcher Justin Verlander – who’s dated model, actress and doxing victim Kate Upton – delivered a legal takedown notice to Google that identified 461 URLs that were hosting intimate pictures of the couple, according to The Hollywood Reporter.

A week later, Google had removed only 51% of the images from its search engine, according to its own records.

The images that were left up point to a hazy area of untested legal theory regarding who really owns “selfies”, according to the newspaper – as in, is it the person who holds the camera?

Google also reportedly seemed to differentiate between DMCA notices for nude vs. clothed photographs, given that many of the images it neglected to take down featured the couple wearing clothes.

Google wouldn’t publicly comment on its thinking behind which DMCA notices to heed and which to ignore.

In his letter, Singer also mentioned other ISPs, such as Twitter, that have accommodated the takedown demands – often with far fewer staff and resources than the mighty Google, some within an hour or two of receiving the notice.

Yet Google, in spite of its deep pockets and “Don’t be evil” motto, can’t seem to swing it, he wrote:

Google, one of the largest ISPs in the world, with vast resources and a huge support staff, generating multimillions of dollars in revenues on a daily basis, has recklessly allowed these blatant violations to continue in conscious disregard of our clients' rights.

In fact, Singer says, BlogSpot accounts have acted as some of the main display sources for the stolen photos, as depositories for downloading the images, and as sources for lists of the images, as well as links to them.